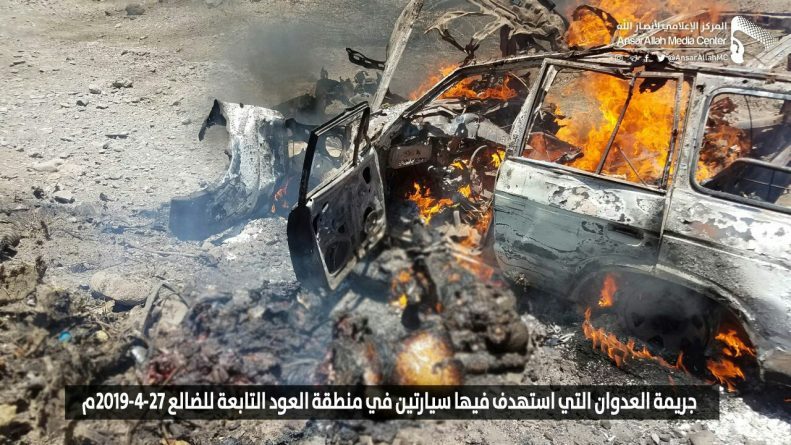 US-backed Saudi coalition warplanes launched over 150 airstrikes in Yemen’s Dhale province since Thursday. Not only did some of the airstrikes target civilians, but they also assisted local terrorist groups on the ground.

On Saturday afternoon, the US-backed Saudi coalition attacked two civilian vehicles in a mountainous area of the southern Yemen province of Dhale. Seven civilians in the two cars were killed, including women and children. Other air raids the same day targeted a handful of civilian buildings in Yemen’s Dhamar.

The 150 airstrikes took place overhead as Yemen’s Army and Popular Committees attempted to advance on territory held by terrorist groups. Chief negotiator and spokesman for Ansarullah, Mohammed Abdulsalam, said that the airstrikes prevented the Army and Popular Committees from eradicating Ansar al-Sharia from Dhale province. Ansar al-Sharia in Yemen is an offshoot and rebranding of al-Qaeda, similar to al-Nusra’s role in Syria.