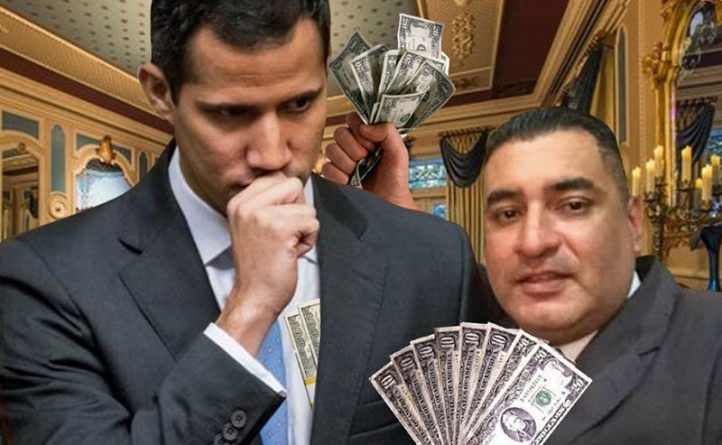 A wave of disillusionment and indignation invaded the ranks of the Venezuelan opposition after this Friday a report from the US media PanamPost revealed a plot of millionaire corruption that involves those appointed by Juan Guaidó to address the issue of humanitarian aid in Cúcuta, Colombia.

In a few hours the #GuaidóLadrón hashtag was positioned in the first places of social networks in the country, with messages of complaint to the anti-Chavista leadership. Even officials of international organizations such as Luis Almagro, OAS Secretary General and a great collaborator of the opposition, expressed their condemnation and demanded an investigation to clarify the facts.

“The Government of Colombia is upset. Very annoyed. This, together with the fact that it was never notified of the Scandinavian dialogues and the mistakes made on February 23, has led them to wonder what is the concept that Venezuelans have for ‘an ally’, “says the report with the revelations.

The scandal threatens to end the political game of Juan Guaidó, who now, apart from being lacking in leadership, is publicly accused of being corrupt.

Here are five keys to understanding the scene with the so called “humanitarian aid” in Cúcuta.

1.- The report of PanamPost details, showing as proof the official document that certifies it, that it was Guaidó himself who relieved the original coordinators from all their functions regarding the collection and entry into Venezuela of the humanitarian aid during February, as well as attention in Colombia to the military deserters. These were José Manuel Olivares and Gaby Arellano. The president of the AN, on February 24, two days after the Venezuela Aid Live concert and one day after the violent events on the border, appointed Rossana Barrera and Kevin Rojas, both militants of Popular Will party, to take care of “the situation of Venezuelan citizens, civilians and military, who enter Colombian territory seeking help and refuge,” reads the letter, signed by Guaidó and sent to the Colombian chancellor.

2.- Barrera and Rojas were provided with an amount of funds not detailed but obviously copious, destined for the maintenance of the deserting soldiers in Cúcuta. According to the PanamPost report, a total of seven hotels were required, some paid by the Colombian government, others by Acnur, and only two by Venezuela, under the responsibility of the two Guaidó officials. It was precisely this pair of precincts that suffered from irregularities with the cancellation of their bills, and in early May one of them, the hotel Ácora, decided to evict the guests due to a debt of 20 thousand dollars. The ambassador appointed by Guaidó in Colombia, Humberto Calderón Berti, wanted to stifle the scandal by paying the debt with money out of pocket but the check issued bounced for lack of funds, which intensified the tension.

3.- The alarms went off in Caracas and in Bogota when the rumor began to spread that, at the same time that the Venezuelan military was evicted from the hotels for lack of payment, the ones in charge of paying, Barrera and Rojas, started to live a life of sudden luxury in Cúcuta. Colombian intelligence began to investigate them and what they discovered was that the emissaries of the self-proclaimed simply spent the money.

4.- Barrera and Rojas were called to Bogotá on May 27, and with evidence in hand they were audited face-to-face in which they tried to justify spending a hundred thousand dollars, although according to PanamPost “the figures fall short.” In the audit, says the report, both appeared together with the Venezuelan deputy Luis Florido, who tried to defend them. Colombian intelligence had bundles of documents with the course of their embezzlement. “Invoices that show excesses and, several, very strange, different receipts, signed the same day and with identical writing styles. Almost all without a stamp. Expenses of more than 3,000,000 pesos in Colombian hotels and nightclubs, per night. About a thousand dollars in drinks and meals. Clothing expenses in very expensive stores in Bogotá and in Cúcuta. Vehicle rental reports and hotel payments at surcharge”, reports the journalistic work signed by Orlando Avendaño (a right wing journalist).

5.- Among the lies of Barrera -who commanded the team of two- they told Caracas that they paid the seven hotels in Cúcuta, when Venezuela only was responsible for paying two. They also inflated the number of military deserters needing attention. According to the Colombian intelligence there were only 700, while they had reported the maintenance of 1450 people. Also the organization in Bogota of a luxurious charity dinner with diplomats was to raise funds to supposedly help the deserters. As for this event, they did not manage to count on the support of Calderón Berti, they created false mail accounts from the “embassy”, and there they summoned the international missions settled in Bogota. The event never materialized because Calderón Berti learned of the event and alerted the guests and then it was canceled.