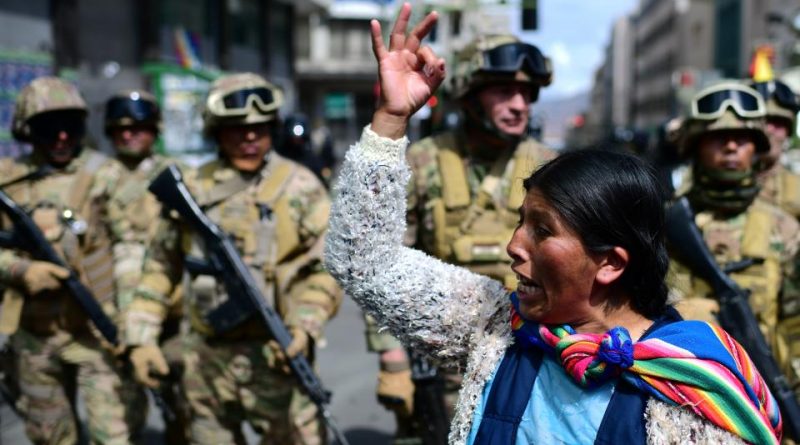 The president of Bolivia, Evo Morales, condemned on Saturday the decree issued by the self-proclaimed “interim president” of that Andean country, Jeanine Áñez, whereby she exempts the armed forces from criminal responsibility, after the brutal repression of protests in support of Morales and the return of democracy, which took place on November 15.

“The authors of the coup d’etat in Bolivia govern with decrees, without the Legislature and supported by weapons and bayonets of police and the army. They promulgated an Executive Order that leaves the military institution exempt from criminal responsibility,” Morales said, through his account on Twitter.

In addition, he added: “It is a Carte Blanche for impunity to slaughter the people.”

In accordance with these regulations, the officers of the armed forces that participate “in the operations for the restoration of order and public stability” will be exempt “from all criminal responsibility”, when “in compliance with their constitutional functions, act in self-defense or state of necessity.”

RELATED CONTENT: “Satan, Out of Bolivia!” – The Ritual of Camacho and His Sect

Áñez illegitimately issued this decree, just one day after the Cochabamba massacre, where the brutal repression by the security forces claimed the lives of at least 9 people.

“This could be used in an international criminal court to pursue charges of Crimes Agains Humanity” due to the letter of the decree and the context in which it was signed,” an international expert said to OT.