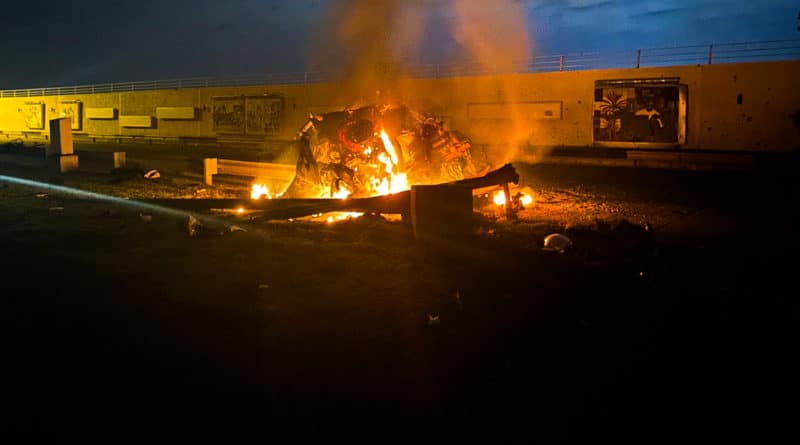 Behind the official yet dubious justifications for the U.S. airstrike that killed a top Iranian general on Friday lies a confluence of factors — some decades in the making, others more recent — that are pushing the U.S. towards yet another catastrophic war in the Middle East.

Baghdad — The recent assassination of Iran’s most popular and well-known general, Qassem Soleimani, has stoked fears that a new war pitting the U.S. and its allies against Iran could soon become a devastating and deadly reality. The airstrike that killed Soleimani, conducted by the U.S. in Baghdad, was conducted without the authorization or even prior notification of the U.S. Congress and without the approval of Iraq’s government or military, making the attack flagrantly illegal on multiple levels. The attack also killed Iraqi militia commander Abu Mahdi al-Muhandis, who was an advisor to Soleimani.

“The assassination of an Iraqi military commander who holds an official position is considered aggression on Iraq … and the liquidation of leading Iraqi figures or those from a brotherly country on Iraqi soil is a massive breach of sovereignty,” Iraq’s Prime Minister Adel Abdul Mahdi said of the attack, adding that the assassination was “a dangerous escalation that will light the fuse of a destructive war in Iraq, the region, and the world.”

Notably, the assassination of Soleimani comes just a few months after an alleged Israeli attempt to kill the Iranian general failed and amid a well-documented and decades-long push by U.S. neoconservatives and Israeli officials for a U.S.-led war with Iran.

While the illegality of the assassination has been noted by many since news of the attack first spread, less attention has been given to the oddities of the Trump administration’s official reasoning and justification for the attack that has brought with it renewed tension to the Middle East. Per administration officials, the attack was aimed at “deterring future Iranian attack plans” as well as a response to a rocket attack at the K1 military base near Kirkuk, Iraq on December 27. That attack killed one U.S. military contractor and lightly wounded several U.S. soldiers and Iraqi military personnel.

Yet, the details of that attack — even per mainstream U.S. sources that often support U.S. militarism — are incredibly murky, and the name of the American killed and the identity of the company he or she was working for have not been released. Some media reports have referred to the contractor as a “Pentagon contractor” while others have used the term “civilian contractor,” leading some to speculate that the contractor might have been a private mercenary in the employ of the Pentagon.

In addition, no group has yet claimed responsibility for the attack and media reports have noted that the attack could just as easily have been conducted by remnants of the Islamic State as by the Iraqi Shia militia (Kataib Hezbollah) that was officially blamed by U.S. officials. An official investigation into the incident, being conducted by the Iraqi military, has yet to be concluded. Notably, the U.S. previously claimed it had compelling evidence to blame Iran for attacks on oil tankers in the Gulf of Oman last June, only to have staunch U.S. allies in the region claim that alleged U.S. evidence of Iranian involvement was insufficient.

"There are about 5,000 American troops in Iraq. The number of civilian contractors is far more difficult to track." That's journalistic malpractice. Trump is going to war to avenge a contractor's death. We have a right to know who he or she is. https://t.co/x60ngAwtBe

Furthermore, the U.S. had already responded to the death of the contractor, launching five different attacks in Iraq and Syria in late December, killing an estimated 25 and motivating Iraqi protesters to storm the U.S. embassy in Baghdad as many of those killed by those airstrikes were Iraqis. The subsequent airstrike that killed Soleimani seems like overkill for the official justification of avenging the death of one American.

Given the above, the question then becomes — is the Trump administration basing its assassination of a top Iranian general in Iraqi sovereign territory in clear violation of international law on the death of a single individual that the government will not even name? Even when five strikes were already launched to allegedly avenge that same individual?

Risking a regional war to allegedly avenge the death of an individual who was already avenged raises questions, especially for a President standing for re-election. The United States claims that the assassination was also intended to act as a “deterrent” against potential, future Iranian attacks, yet it is hard to justify the murder of a top general of a foreign power on foreign soil as a preemptive and preventative measure as opposed to one that would invite escalation. This is particularly true given that those that have most often sought an escalation in tensions between Iran and the U.S. and its Middle Eastern allies do not live in Tehran and Baghdad, but instead in Washington D.C. and Tel Aviv.

Failed assassination plots and domestic woes
Much has been written by MintPress and other outlets about the long-standing efforts by prominent neoconservatives in the U.S. as well as the Israel lobby and Israeli government to prod the U.S. into a major war with Iran. Neoconservative efforts at regime change in Iran have been decades in the making and the current presidential administration has several notable Iran hawks in prominent positions. Furthermore, both President Trump and his foremost ally in the Middle East, Israeli Prime Minister Benjamin Netanyahu, are facing domestic efforts aimed at removing them from office and are facing fresh elections, giving both leaders incentive to ratchet up tensions abroad to distract from their own domestic conflicts.

Yet, the current pressure facing both Trump and Netanyahu in their respective policies is only the latest factor that has pushed both administrations into a renewed and increasingly desperate push to satisfy the decades-old effort of Iran hawks in both countries to stoke war and “reshape” the Middle East in favor of the U.S.-Israel axis.

Given the recent assassination of Soleimani, however, it is essential to point out that the U.S. airstrike targeting the Quds Force leader came just a few months after Israel tried but failed to assassinate the general. Indeed, the most recent of these failed attempts was slated to occur early last October and, per The Times of Israel,

The assassins planned to dig under a religious site associated with Soleimani’s father and set off an explosion under the building when he was inside, and then try to deflect blame so that it ignited an interfaction[al] religious war. The assassins prepared some 500 kilograms to use for the bomb.”

Israel’s government did not comment on the alleged plot, though it is notable that the plan to dig below a Muslim holy site and plant a bomb has been attempted by Israeli extremist groups in the past, groups which have a major foothold in Israel’s current government.

This alleged attempt by Israel to kill Soleimani came after claims that, in 2018, the Trump administration had given Israel a “green light” to assassinate the general. The report claimed that “there is an American-Israeli agreement” that Soleimani is a “threat to the two countries’ interests in the region” and was published by the Kuwaiti newspaper Al-Jarida, which is widely considered to be “an Israeli platform for conveying messages to other countries in the Middle East,” according to Israeli media.

Israel may have planned to assassinate the general as a means of provoking war with Iran, which Netanyahu was actively promoting last February. At the time, Newsweek reported that “Israeli Prime Minister Benjamin Netanyahu has expressed his desire to go to war with Iran, and said he was meeting with dozens of foreign envoys, including those from the Arab world, in order to push the initiative forward.” Yet, with Israel’s closest ally having done the deed, Israel has kept relatively quiet about the incident, though Iranian officials have claimed that the assassination of Soleimani was jointly conducted by the U.S. and Israel.

Though the official yet dubious justifications for the strike have been given, the most likely result of the death of Soleimani is that it will “light the fuse of war,” as recently stated by Iraq’s Prime Minister. Whether Soleimani’s death alone will be enough to push the U.S., Iran and their respective allies to war remains to be seen, but what is certain is that the Trump administration seems content to continue to escalate the situation in pursuit of both long-standing ambitions of career war hawks as well as a release for quickly building domestic pressure ahead of the 2020 election. 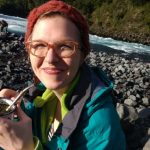