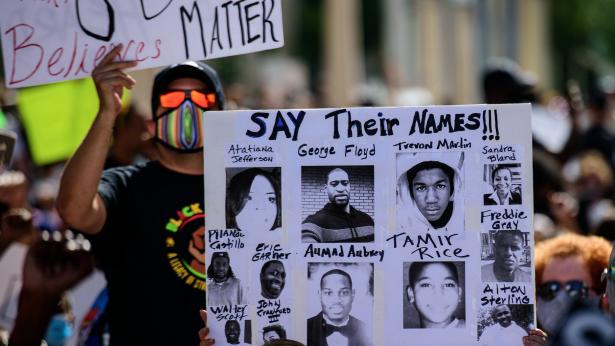 Trayvon Martin, a Black teenager, was killed for walking home at night. Kyle Rittenhouse, a white teenager, is being defended by Republicans after murdering two BLM protesters.

I remember being thirteen and staying up to see if Trayvon Martin’s killer would be convicted. The announcement of the verdict kept being pushed back, but I kept watching—hoping that the anguish I was feeling would somehow be resolved by seeing George Zimmerman jailed.

My mom said the delay was tactical: designed so more people would be too busy sleeping to riot when the verdict came up not guilty. I, naive and accustomed to being called smart for my age, thought it impossible. A kid—a Black Florida teenager, just like me—was stalked and killed for no reason. The government was good. The world had to care.

But it didn’t. Zimmerman walked free. Martin—older than me then, never to reach my age now—stayed just as miserably dead. My world view shifted.

It’s Cowboys and Indians updated: a wicked game where Black people, too beastly to be left uncontrolled, are seen as predators but almost always end up prey.

When I heard that the person who shot two protesters to death in Kenosha, Wisconsin, was seventeen, I thought of Trayvon.

Kyle Rittenhouse: seventeen, White, holding a semi-automatic rifle, with a chorus of witnesses identifying him as a killer, walked right past a swarm of police and, unpursued, put twenty miles between him and his victims. The next morning, he was arrested alive and unharmed.

Trayvon Martin: seventeen, Black, holding the Skittles and juice that he’d just bought from a 7-Eleven, is stalked and murdered by a self-appointed neighborhood guard for walking home and “looking about” suspiciously.

One boy lives, one boy dies. Who do you think America has sympathy for?

Depends where you look. Kyle Rittenhouse, a Trump supporter and idolizer of police, has become a conservative darling. Tucker Carlson—host of the most-watched show in cable news history—defended his actions as inevitable, even heroic: a testament to a boy who stepped up where “no one else would.” Conservative pundit Ann Coulter wants Rittenhouse, known only for killing Black Lives Matter protesters, to be President.

He’s been afforded a degree of leniency and linguistic care that is the inverse of the racist smears Trayon Martin faced. During the Kenosha protest, a police officer is recorded thanking Rittenhouse and his armed compatriots multiple times, who were breaking curfew just the same as tear-gassed racial justice protesters. Rubber bullets flew elsewhere, but police stopped to offer Rittenhouse and his good ol’ boys water.

When describing the triple shooting that took two lives, Kenosha’s police chief called Rittenhouse someone “involved in the use of firearms to resolve whatever conflict was in place.”

Imagine painting someone who crossed state lines illegally armed with an automatic rifle as interested in conflict resolution, or describing Jeffrey Dahmer—another Wisconsin killer—as “involved in the use of teeth.”

The goodwill, even reverence, that’s been granted to this white boy who has taken two lives will never be given to Trayvon Martin or Jacob Blake. I remember in 2013 when white supremacists hacked Martin’s phone and critics cited photos obtained of him wearing a grill as proof of his “violent nature.” I remember yesterday, when pundits used the fact that Blake had a knife in his car to justify the shooting that has left him paralyzed.

Yet gangs of heavily armed white men who migrate to extrajudicially “police” anti-police brutality protests are just concerned citizens fighting the good fight. A teenager from my hometown who, in a racist viral video, threatened to shoot “n*ggers” while firing shots out of his truck, was just a kid pretending. It’s Cowboys and Indians updated: a wicked game where Black people, too beastly to be left uncontrolled, are seen as predators but almost always end up prey.

Jacob Blake’s spine is severed. It will take “a miracle” for him to walk again. His children—aged three, five, and eight—had to watch a police officer put seven bullets into their dad for opening his car door.

When I think of those kids and that family—of the devilishly cruel, unjustifiable violence Jacob Blake endured—I feel trapped in the same disbelief and despair that I got my first taste of at thirteen. His little kids, as precious as any, will bear the trauma and terror that police subjected them to forever. If they saw cops and ran, would you blame them?

Hana Kiros is an undergraduate at Harvard University and a Tallahassee, Florida, native. She serves on Harvard’s Editorial Board and conducts gene editing research at Massachusetts General Hospital. She is on Twitter @kiros_hana.