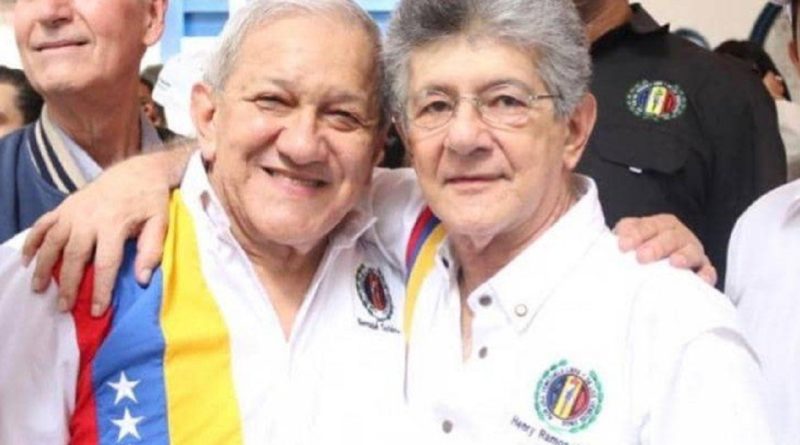 *Adecos are the militants of Accion Democratica (AD) political party.

The recent decision of the Supreme Court of Justice (TSJ) to suspend the board of directors of the AD confronts the adecos. This is another reliable proof of the internal contradictions of the [party of the white banner], that without a leadership and unable to settle their conflicts behind closed doors, were forced to go to an arbitrator, the TSJ.

What is unusual in this new conflict is that the AD leadership tries to place the responsibility for its division on Chavismo, when the history of that party is itself a story marked by treason and division.

Thereafter, AD militants have marched comfortably through various parties. As is the case with Liliana Hernández and Alfonzo Marquina jumping from one party to the other after quitting AD, meaning ABP, UNT and Primero Justicia (PJ) respectively.

Division or survival strategy?
AD stands for anything but unity. Its current secretary general has been suspiciously linked to several moments of crisis in which the party has purged itself of those that are “uncomfortable”, he has been accused of being the “fox in the hen house” of national politics for negotiating and arriving at the very last consequences to survive in his position.

The current scenario of the Venezuelan opposition leaves much to be desired. The possibility of disappearing from the political table after refusing to participate in an election process is a high cost for a “traditional” party. Ramos Allup already in 2017 contradicted the decisions of the Unity Table, achieving 5 governorates against all odds.

The reason why opposition sectors made their distrust known. Is this another strategic move by Ramos Allup?

Some analysts like the Venezuelan journalist, Mary Pili Hernandez, have stressed that this might be one of those Allup’s strategic moves to try to look nice with the gringos and at the same time keep control of Accion Democratica, creating a charade of confrontation with Bernabe Gutierrez to retreat with elegance from AD, allowing his party to move to parliamentary elections and at the same time maintain his alleged support of the anti-political G4+Gringo option.