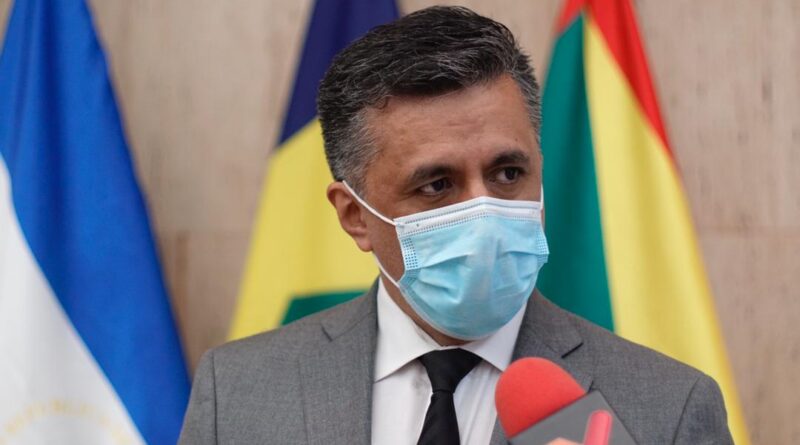 This Monday, May 10, the Bolivarian Alliance for the Peoples of Our America – Peoples’ Trade Treaty (ALBA-TCP) asked the Colombian state to respect the human rights of its citizens.

“ALBA expresses its concern about the violence that is being experienced in Colombia, and condemns it. It calls on the State to respect human rights and guarantee dialogue,” stated the executive secretary of the regional bloc, Sasha Llorenti, at the conclusion of a conference with representatives of the Global South, Africa, America, and Europe, reported the news agency AVN.

Llorenti stressed the importance of other countries joining together to reject the onslaught that the Colombian people are suffering due to the repressive actions implemented by Iván Duque, the Colombian president.

Earlier, Llorenti read a statement from the body in which they condemned the violence and repression against those who protest in the neighboring country to demand—among other things—better social policies.

The secretary added that, on behalf of ALBA-TCP, he urges that good sense prevails, and hopes that the violence will cease. Similarly, he stated that ALBA-TCP hopes that guarantees are put in place so that structural issues are resolved through democratic mechanisms.

Post-pandemic proposals
The ALBA-TCP conference welcomed the participation of more than 20 policy institutes from the continents of America, Africa, Asia, and Europe, seeking to cooperate in creating proposals for a post-pandemic world.

RELATED CONTENT: Demonstrations Around the World in Solidarity with Colombian People and Against Duque’s Repressive Regime

Llorenti noted that the conference raised some of the challenges that must be faced as a family, in addition to generating a new international order with justice and respect for the self-determination of peoples without violence.

“We are going to have a series of meetings and we hope that by the month of September we will have a document with concrete proposals to present before the United Nations General Assembly,” said Llorenti.

On the other hand, Llorenti stated that ALBA-TCP backs an alternate proposal, not only regarding the creation of a humanitarian fund to purchase vaccines, but also for the creation of a Vaccine Bank to guarantee access, reported VTV.

“This inequality in the distribution of vaccines reveals how the world is organized,” said Sacha Llorenti.