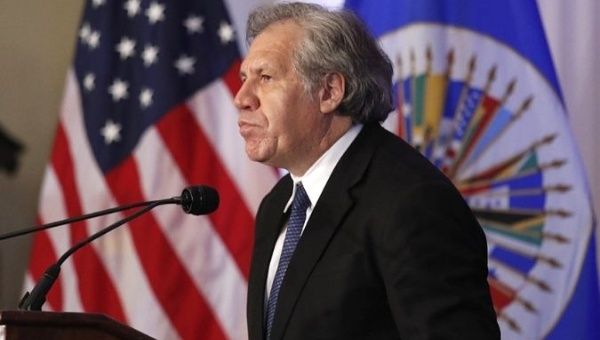 The Secretary General of the Organization of American States (OAS), Luis Almagro , expressed his confidence that he will be reelected in office next March, when elections are held in that body.

According to a report published by the AFP news corporation, Almagro believes that his tenure has been “absolutely innovative”, which is enough for him to remain as secretary general of the referred continental organization.

“We believe that yes, we will have the votes in the elections because our management has been absolutely innovative,” said the Uruguayan.

He also stressed that he has “done a relevant job,” so “the OAS is at the center of the hemispheric political agenda.”

In this regard, he said that, if he is reelected, his work will focus on “continuing to make this organization stronger and stronger, and not that it falls into the dark and irrelevant periods of the past, we must serve impartially, but not neutrally, all our country members’ needs. The priority is to defend democracy and human rights in the region.”

It is worth remembering that the elections to elect the OAS Secretary General, for the period 2020-2025, are scheduled to take place on March 20 of the coming year. The winner must have the vote of at least 18 of the 34 members of the organization.