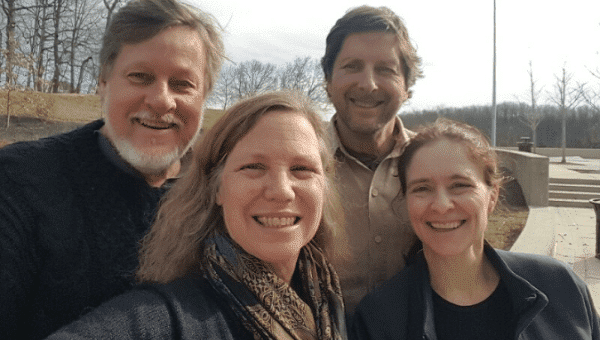 On Feb. 11, four American peace activists, known as the Embassy Protectors Collective, will be tried before the U.S. empire for “interfering with certain protective functions” of its Federal government for their occupation of the Venezuelan embassy in Washington, D.C. to prevent it from being handed over to coup leaders sponsored by the Trump administration.

Their occupation ended on May 16, 2019, when federal agents broke into the sealed embassy, against international law, and arrested them in a swat style raid. The government’s accusation against them is merely a pretext used for their arrest and prosecution since they haven’t broken any laws. Matter of fact, their true crime in the minds of the Trump administration is just the opposite – it’s their brilliant defense of international law, and Venezuela’s sovereign right to self-determination against Yankee imperialism.

Although the Trump administration didn’t want President Maduro to win a second term, 67 percent of Venezuelans did. This stands in stark contrast with President Donald Trump’s own experience since he lost the popular vote in 2017 to Former Senator and Secretary of State Hillary Clinton, a candidate despised by her own democratic party’s base – who only managed to secure her place as a presidential nominee due to the fraud perpetrated by the party’s elite.

Even the Republican party’s use of targeted racist and classist voter suppression and purge techniques could not secure Trump winning numbers at the polls. In the United States of America, as demonstrated by Trump, a loser can win the presidency. Compare this with Former President Jimmy Carter’s 2012 declaration that “the election process in Venezuela is the best in the world.”

Nonetheless, the Trump administration set its heart on Juan Guaido, a man that was not even a candidate in the 2018 election. Yet, with the superpower’s backing, what would be a farce in any other context still remains a threat – as Guaido, left to his own device, is merely a self-appointed president as well as being a self-appointed leader of a self-appointed assembly.

What elevates this trial in our collective consciousness is the fact that these brave activists struck a successful blow against imperialist aggression from inside the belly of the beast – literally from within Washington, D.C. For 37 days, the Trump administration was powerless against the guile & guts of the pediatrician, Margaret Flowers; medical anthropologist, Adrienne Pine; attorney, Kevin Zeese; and activist, David Paul as they bravely upheld Article 22 of the 1961 Vienna Convention. The four were aided by a strong coalition of activist groups.

In solidarity, 70 members of the various groups, including journalists, took turns staying inside the embassy with them. As conditions worsened, or for personal reasons, they disbursed prior to the raid. However, many remained outside the embassy protesting the siege conditions faced by their comrades inside and delivered food despite facing assault and arrest. Even the aged civil rights defender, the Reverend Jesse Jackson, personally took part in food delivery to the Embassy Protectors. Fortunately, unlike the 72-year-old president of Veterans for Peace, Gerry Cordon, he was not assaulted by police and arrested in this process.

It is this grassroots collective that protected the Venezuelan embassy from seizure by Trump’s federal agents, local police, and an Astroturf fascist, racist & sexist mob – making their united act of resistance epic and their prosecution a trial of our times.

Despite the best efforts of the biased judge who ruled on Dec. 13 against their right to critical information needed for their defense, their acts of bravery cannot be silenced – as activists will ensure their story is told. On Jan. 29, Judge Beryl Howell will hear pre-trial arguments concerning a recent motion filed by government lawyers that even more severely restricts what can be discussed during their Feb. 11 trial.

If Judge Howell grants the government’s motion, it will leave the Embassy Protectors virtually defenseless. The government wants the prosecution to be limited exclusively to three things (1) the four were in the embassy, (2) they were given a notice of eviction by the police, and (3) they refused to leave. Essentially, they want the jury that decides their fate to be blindfolded. This will ensure the Trump administration’s desired outcome – which is to convict the Embassy Protectors and make them a model for how it intends to deal with challenges to its illegal foreign and domestic policies.

The fact that Howell is assigned the case is no accident as she is the chief judge of the U.S. District Court and co-author of the unconstitutional Patriot Act. Under the Patriot Act, protections against unreasonable search & seizure are waived, and incarceration can be indeterminate and without charge. So, it’s no surprise, with her Intelligence Community background, that Judge Howell referred to the embassy protectors as a “gang”, stated facts in a way that supported their guilt and made it clear that a trial will result in their conviction.

Among the issues the Trump administration is asking to not be discussed in the Embassy Protectors’ trial are the following:

– That Nicolas Maduro is the democratically elected president of Venezuela. More than 300 election observers for the 2018 election agreed that the election met international standards. Additionally, more than 150 governments around the world recognize him as the President of Venezuela as does the United Nations.

– That Juan Guaido has no legitimacy to represent the Venezuelan government. Also, he is under investigation for his role in the “humanitarian aid” corruption scandal.

– That Carlos Vecchio, whose demand that the Embassy Protectors leave the embassy and was the basis of their eviction, is not an ambassador from Venezuela but part of Guaido’s failed coup. Additionally, Vecchio, a former Exxon oil executive, is charged with fraud, embezzlement and money laundering to the tune of US $70 million through CITGO, Venezuela’s US-based subsidiary of the state oil company PDVSA.

– That they were in the embassy with the permission of the elected government of Venezuela.

– That they received advice that they were in the embassy legally.

– That negotiations were ongoing between the US and Venezuela for a mutual protecting power agreement which would have resulted in Switzerland protecting the US embassy in Caracas and Turkey protecting the Venezuelan embassy in DC. And that the Embassy Protectors had stated that they would leave voluntarily when that agreement was reached. Additionally, The day before the four were arrested, Samuel Moncada, the Venezuelan ambassador to the UN, held a press conference where he discussed the negotiation for a protecting power agreement and reconfirmed that the Embassy Protectors were in the embassy with Venezuela’s permission.

– That they were surrounded by a coup mob that was blocking food from coming into the embassy.

– That the electricity and water were turned off on them.

– That the Vienna Convention was violated by federal agents, who had no legitimate right to enter the embassy to arrest them.

– That the Embassy Protectors were acting within their First Amendment rights.

The Embassy Protectors face federal charges punishable by up to one year in prison, a US$100,000 fine each, and restitution to the government for police time & damages, which is considerable given the duration of their occupation and the absurd amount of armed forces used in the embassy raid – as they remain four unarmed senior and middle-aged peace activists. Since their charges are unjust and anything can happen in prison, especially to dissidents, people of consciousness must ensure all charges are dropped. So, let us stand on the right side of history with the Embassy Protectors and show solidarity by attending their trial in Washington, D.C., which begins on Feb. 11, donating to their legal fund, and spreading the truth of what’s really happening widely.