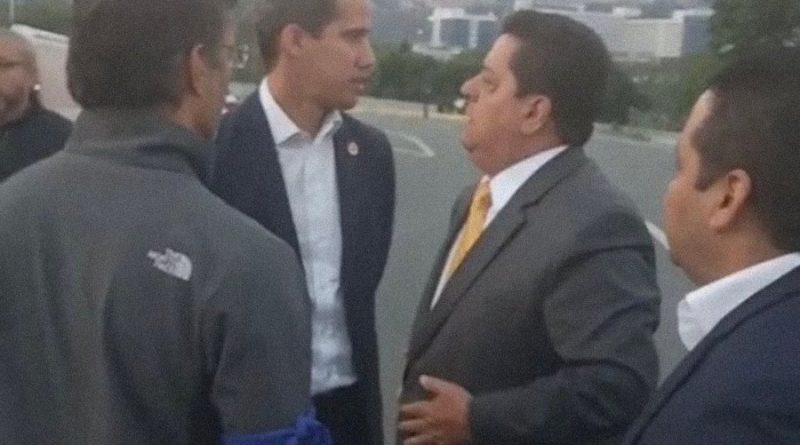 On the night of Tuesday, the deputy to the National Assembly and member of Democratic Action (AD), Edgar Zambrano, who had been deprived of freedom since May for his alleged participation in the coup d’etat last April 30, was liberated. According to images broadcast by Venezolana de Televisión, during the release process, the constituent Francisco Torrealba was present, as well as anti-Chavista leaders as Claudio Fermín, Timoteo Zambrano and Felipe Mujica.
The liberation of Zambrano is part of the agreements reached between the National Government and the opposition, through the Dialogue Table for Peace , installed on Monday, for the achievement of a political solution in defense of sovereignty and in compliance with the National Constitution.

Among the agreements subscribed is the call to the national justice system so that through the Truth Commission, “they agree to measures for the solution of deprivation of liberty, in cases where the Venezuelan legal system so permits.”

RELATED CONTENT: Disappointed anti-Chavistas Criticize Guaido’s Weak Draw in Social Networks
Previously, a court of Caracas with national jurisdiction ordered Tuesday the release of Deputy Zambrano. The ruling, published by the Supreme Court of Justice, establishes that the preventive liberty “will be replaced by a precautionary measure”, so Zambrano must appear before the court every 30 days, as well as being prohibited from leaving the country.
Likewise, the Attorney General of the Republic, Tarek William Saab, published a communiqué from the Commission for Truth, Justice, Peace and Public Tranquility regarding the request for review of a precautionary measure replacing custodial for Zambrano.