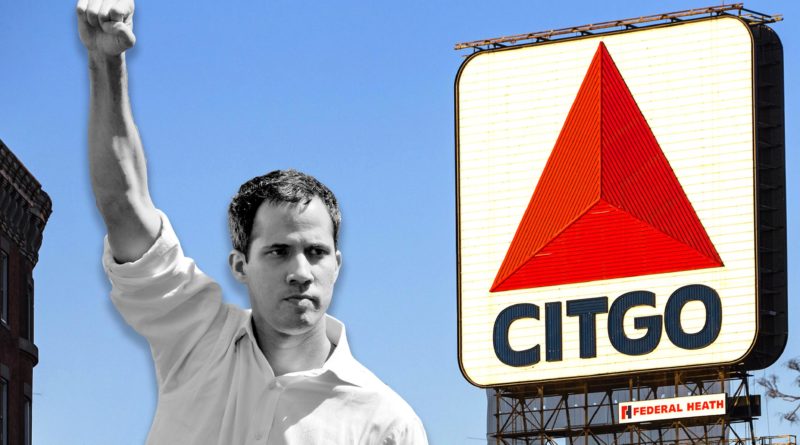 Venezuelan main stream anti-Chavista journalist Vladimir Villegas criticized “the disastrous face “of the extremist opposition in Venezuela, which has been in charge of making Venezuelans’ lives worse by imposing and promoting a policy of blockade and restrictions that are not in accordance with the interests of the whole population.”

In an editorial for the “Vladimir a la 1” TV show on Monday, May 25, Villegas questioned the double standard of the extreme right linked to the fake “government” of Juan Guaidó, which aims to bring misery to the lives of Venezuelans in order to take control and oust Nicolás Maduro as head of state.

In this sense, he referred to the cessation of operations by DirecTV in Venezuela, a decision promoted precisely by these extremist sectors of the Venezuelan opposition, who now intend to wash their hands and blame Maduro.

“It is a matter of principle to defend plurality. The right of users to choose what they want to see must be defended, also the right of workers who continue to lose their jobs. There is no good censorship or bad censorship, all censorship by nature is negative, it is oppressive and it puts the rights of some over the majority,” he said.

He added that the departure of DirecTV is a “decision that makes life difficult for those who were workers of DirecTV, in the midst of the pandemic economic and social stress.”

So now, Villegas says, “after some sectors of that opposition were promoting the closing of DirecTV, now they are promoting ‘free DirecTV’, because it seems that they are realizing the negative impact of their decisions against the population.”

“And it is that the people are realizing that by the way of restricting access to different goods and services, they are not going anywhere, they are only worsening the living conditions of Venezuelans, because all these restrictions only aggravate the living conditions of Venezuelans, as when access to television is taken away in times of pandemic,” he said.

He added that in the case of DirecTV, there is a strong negative impact against the population, because it was a medium that carried information to locations where other cable companies did not reach.

“They are the same political leaders who at the beginning of the year asked that Globovision be removed from the air, because now they are trying to amend and create a kind of free DirecTV, yes, surely paid in dollars, there is the double discourse, as it also happens by denouncing corruption but accepting that a person who was a lawyer for the Crystallex company (José Ignacio Hernández) now supposedly represents the interests of the republic in a trial against Crystallex, imagine, something that calls into question the possibility that the State retain control or not of CITGO,” he said.

Why don’t they (the anti-Chavismo leadership) flood the Venezuelan coasts with gasoline freighters?

In his editorial he also addressed the issue of the Venezuelan refinery CITGO, a subsidiary of Petróleos de Venezuela (PDVSA) that since 2019 has been hijacked by the Juan Guaidó lobby supported by the Donald Trump regime.

“Then I ask myself; if they allege that the shipment of gasoline should be rejected as Julio Borges and other opposition leaders propose, what is you self proclaimed ‘government’ doing so that gasoline comes to Venezuela? Why don’t they flood the Venezuelan coasts with gasoline tankers? You can do it because they say they are ‘government’, why don’t they? Why don’t they make a decision that favors the Venezuelan population and then put the ball in the court of the Maduro government?” he added.

In this sense, Villegas said that it seems that this radical opposition is not interested in responding to the true needs of Venezuelans and improving their quality of life, quite the contrary.

“It seems that their decision is that the more the lives of Venezuelans get worse, the easier it will be to replace Maduro’s government. Maduro does not lack gasoline, nor medicine, nor food, nor do those who are in the government, the ones lacking these things are ordinary Venezuelans,” he stressed.

At this time, he added, “Venezuelans are resisting the effects of a policy – promoted by that opposition – that leads to the worsening of their living conditions”

So, “are you thinking of a political strategy or are you thinking of the national interest?” Some will ask why I do not criticize the government. I’d rather question the government, but at this moment I am forced to let Venezuelans also discuss the disastrous face of an opposition strategy that lead us nowhere but to worsen our living conditions.”

“When you speak of sovereignty then they say that you are a Chavista, if you say independence you are also a Chavista, you even did the government a favor by giving them those concepts, the concepts of sovereignty, independence and the self-determination of the peoples. And now, too – to make things worse – amidst the madness, they (Chavismo) are giving you the epic of the arrival of Iranian tankers with gasoline when you said they weren’t going to pass. Who can understand you?” asked the journalist.

Featured image: Venezuelans -even anti-Chavista ones- have been questioning what exactly Guaido can really do to solve the problems affecting them. Photo courtesy Univision