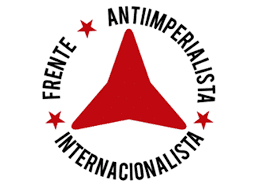 The Internationalist Anti-Imperialist Front (FAI) demanded respect for international law by the Kingdom of Spain in its relation with the fugitive from Venezuelan justice Leopoldo López.

In a statement, the group stressed that Spain violated the Vienna Convention on diplomatic relations by welcoming López as a guest at the Spanish embassy in Caracas.

RELATED CONTENT: Leopoldo López, the Madrid Factor and the Failure of the “Guaido Strategy”

“From his refuge in the embassy, ​​Leopoldo López continued to be the main architect of all the insurgent activities, which he organized from there with the acquiescence of Ambassador Jesús Silva. The last and most desperate, the preparation of the frustrated incursion of paramilitaries known as Operation Gideon, was in May of this year,” they denounced.

The Front condemned “the collaboration of the Government of Spain in the clandestine flight of a criminal convicted of terrorism, and a fugitive,” and demanded his return by extradition to Venezuelan authorities.

They also ask for “a radical change in their attitude towards Venezuela, to respect for international law, and abide by the United Nations principle of non-interference… Enough of interference.”