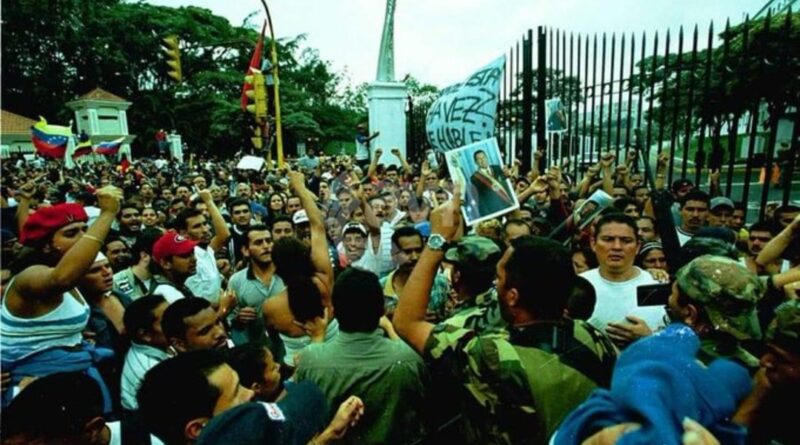 Just 19 years ago, on April 13, 2002, Venezuela was the scene of an unprecedented event in history: the return to government of a president after an atrocious experiment in conservative restoration that failed to remain in power for more than 48 hours.

The coup plotters, after believing that their authority was decreed and obedience deserved, bitterly verified that after three years in the opposition, their ability to command had been impaired, and they misread the landscape of a new country that had emerged after 1998.

On April 13, 2002, the popular reaction against the coup of democracy took hold. The poor, those who have the least, understood that without Chávez, they had much to lose, and that is why they took to the streets by the thousands. 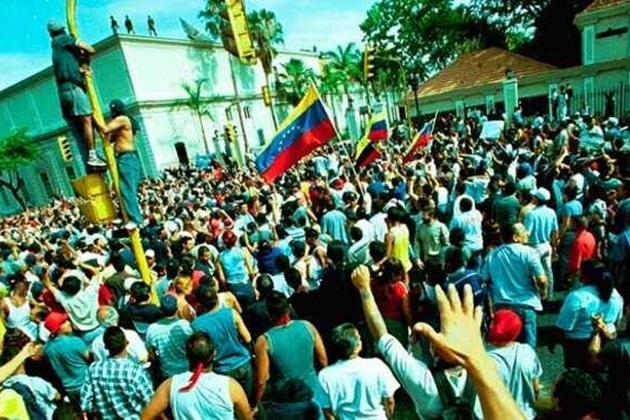 The unprecedented silence of the media
It was not seen on television, but in the atmosphere it could be felt that something important was happening. As the effort to hide the reality of that day became greater, the country understood that the ground was being set for an unprecedented event.

The most talked about country at that moment, went on to suffer a thunderous silence of cartoon TV shows at unlikely times. The private media turned somersaults to explain to the country that what they saw the day before in the Miraflores Palace, with Carmona Estanga announcing the rupture of the State by decree, was not a tyranny but a democracy, and that what they said Chávez was going to do, but never did, was a dictatorship.

In the streets, people were beginning to concentrate on a word-of-mouth mobilization. The people demanded the return of Chávez and dismissed the legitimacy of the coup d’état. After three years of popular government, the majority was not willing to consent to being governed again by the few from before.

To appease the pressure from the street, the coup generals made statements asking the reactionary government to accommodate the embarrassment of April 12. The request was not the result of the wisdom of officials with a democratic vein but the product of pressure from the patriotic military—those who, together with the people, were beginning to strike back at the coup. 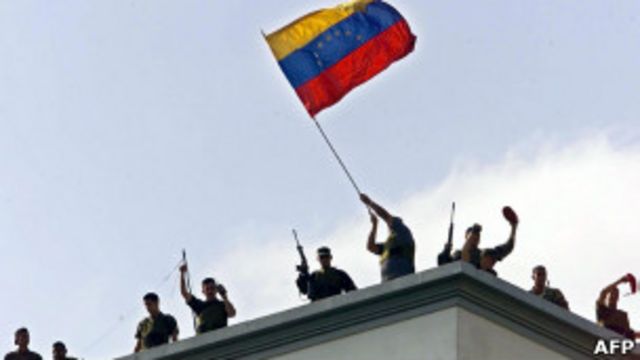 Miraflores was surrounded by the people and they expelled the coup leaders. Those images were seen after constitutional order was restored. But although the audience did not see that exit by the usurpers, they understood that something like this had happened when CNN spoke by phone with the “interim president,” who answered from an office in Fuerte Tiuna, and not from the presidential palace.

In the afternoon of the 13th the coup was defeated. The switched-off signal of Venezolana de Televisión, Venezuela’s main state television station, was restored, and the people surrounded the private media outlets demanding them to tell the truth. The daring reporters who previously risked their skins in a hail of bullets in the center of Caracas, now took refuge in their buildings saying that they did not report with a deliberate intention to hide the truth but to protect their lives.

Those who were being persecuted began to speak on television, and those who should have been there were once again in Miraflores. It was a spectacular reversal of the coup that ended up being crowned with the scene of a glorious return, that of a Chávez excited and surprised by the effectiveness of such a quick reaction to a powerful enemy whose dream of power was undone in his hands. 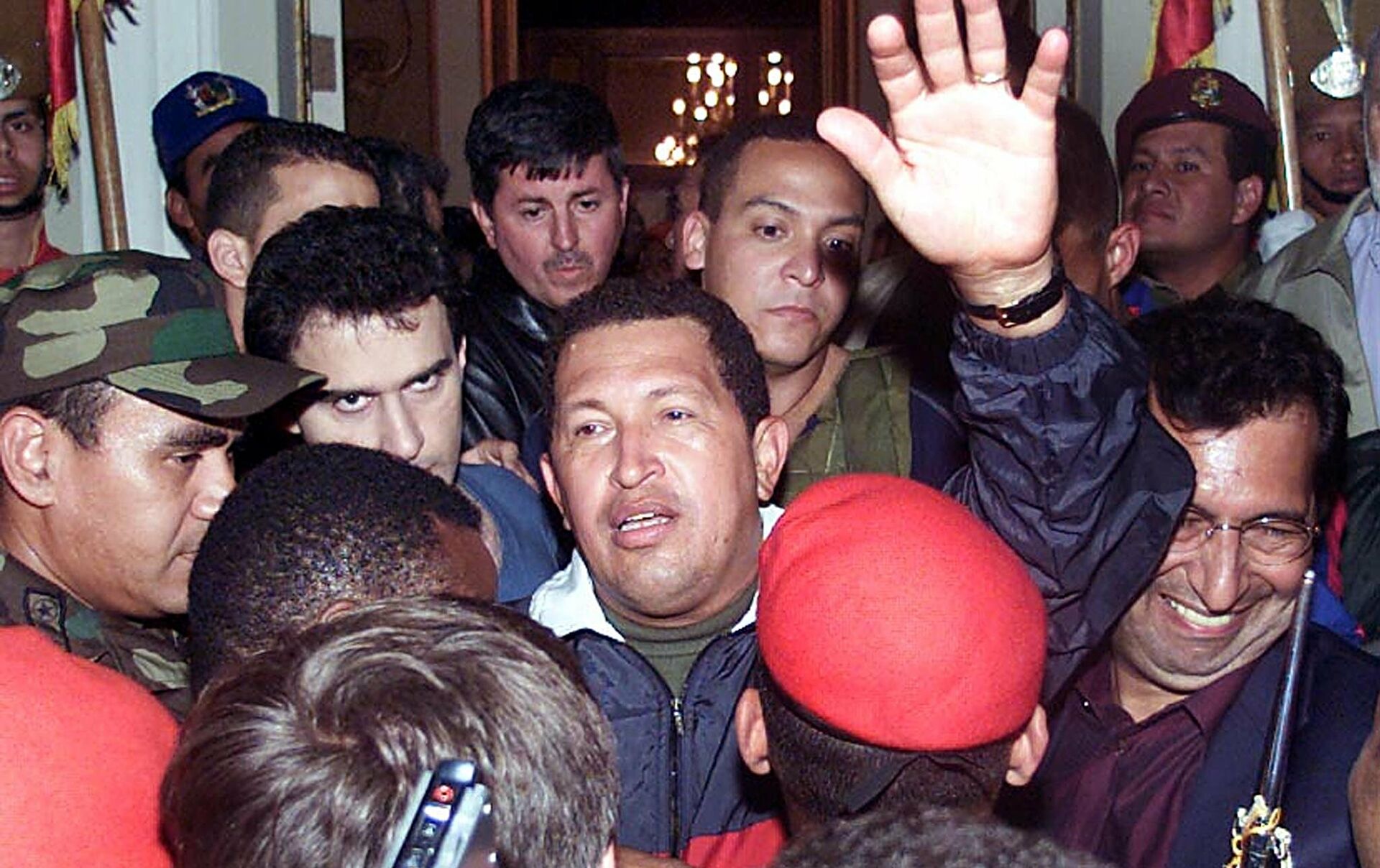 The lessons of a historic day
Venezuela, the country of epics, was witness to an unprecedented episode that it invented: the countercoup. Despite the justified expectation of having to return with an air of revenge, Chávez declared peace and called for reflection.

The confusion of a lost opportunity to bring justice, and the continuation of an inveterate tradition of impunity that feeds the conspirators of the future remained in the air.

But before all that, several proven lessons remained: that right-wing democracy is a scam of tyranny, that the private media are businesses with clear political ends, and that the people’s power and the military with a nationalist conscience prevented in time a historic crime that would have stripped us of our sovereignty.