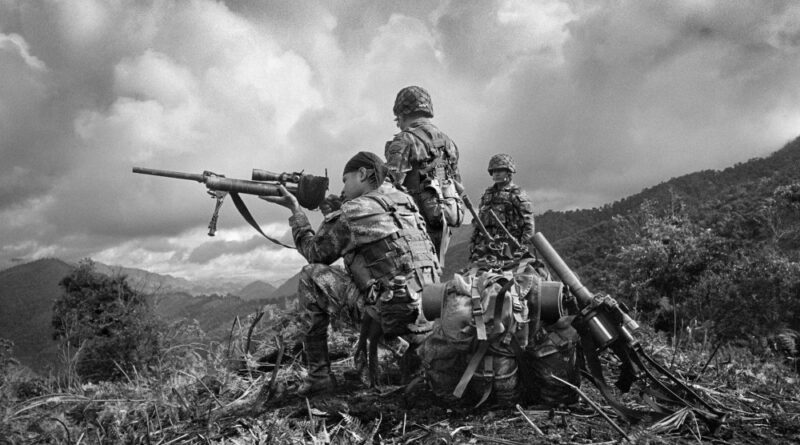 The situation in the state of Apure is part of a strategy to measure the operational capacity of the FANB, to destabilize the central states of the country, and advance in the preparation of the military forces of the United States and Colombia for a regular war against Venezuela, as analyzed by Congressman General Gerardo Márquez, member of the National Directorate of the United Socialist Party of Venezuela and Fernando Rivero, lawyer and Master in Philosophy of War.

Alert along the border
Since the attempted incursion of Colombian irregular groups in March of this year from Apure state, the situation of the Colombian-Venezuelan border has been under permanent analysis. In the continuation of the strategy of outsourcing the war and the participation of irregular groups from Colombia, now with new tactical modalities including the use of personal mines, the region remains in a state of alert.

For Marquez, the war financed by the United States against Venezuela with the complicity of the Colombian government, whose territory serves as training grounds for mercenary groups, is part of a continued coup and of a strategy that has been contained by a Bolivarian National Armed Force with a high operational and conscience level, and the popular participation in civic-military union.

“Our FANB has demonstrated a high operational level and a forceful response capacity in Táchira, Apure, areas of Zulia State, interception of drug trafficking ships, managing to withdraw the paramilitaries to Colombian territory and neutralize actions financed by the United States. Our government and Armed Forces have made it clear that we will not be a transit country for Colombian drugs”, he said.

In Rivero’s opinion, the current stage of the war promoted by the United States against the country is marked by the development of a war of attrition against the FANB, which in tactical terms, implies a guerrilla war through Colombian irregular groups, oriented to strategic attrition leading to the political-military implosion of the government and thereby consolidating a beachhead from where to launch operations towards the center of Venezuela.

Marquez also agrees with this vision and emphasizes that the strategy of paramilitarism and the Colombian government is to concentrate the Bolivarian National Armed Forces in the border, in parallel to general destabilization and chaos in the central states of the country.

On April 5, the Minister of Defense, General Vladimir Padrino López, reported that drug trafficking injects $12 billion into the Colombian economy and assured that the strategy of outsourcing the conflict, with criminal gangs, armed groups or drug traffickers, is aimed at appropriating part of the Venezuelan territory to continue feeding the drug cartels.

President of the Bolivarian Republic of Venezuela Nicolás Maduro insisted that there will be zero tolerance with irregular groups and that the Apure model must serve as an example so that they see the fire and combat capacity of our FANB when it comes to any enemy that attempts to take over Venezuelan land, as is the intention of the Southern Command that is looking to take over Venezuela to steal the oil and hand over the territory to drug trafficking.

It is worth noting that by 2002, Arauca had already become one of the main coca producing lands in Colombia. By the year 2000, documents from the Colombian Presidency of the Republic reported the existence of 978 hectares planted in the region, which would increase steadily as evidenced by the report of the Colombian army, which recognized two years later, the existence of more than 12,000 hectares of 99% pure cocaine.

In Rivero’s opinion, the Apure model involves several challenges, including the transition to conventional warfare. “The Damascus Doctrine, the recent Colombian military maneuvers carried out by the Combined Arms Task Force of the National Army in Guajira, the constant joint military exercises between the U.S. and Colombian Southern Command and especially the upcoming Caribbean multinational security exercise (Tradewinds 2021) led by the Southern Command, evidence the preparation of the U.S. and Colombian military forces for a regular war against Venezuela”.

Within this scenario, Márquez states that the response of the FANB will be forceful, “our Armed Forces have the most modern aerospace systems in the region. We are recovering the entire ground system, more than 200 tanks and we continue training more than 4 and a half million militia men and women in the handling of all types of weapons, including more than 2,000 experts in aerospace systems. Venezuela is a country of peace but we will not allow them to violate our sovereignty”.

He foresees that the Colombian government will continue with its policy of abandoning the border, giving space to drug trafficking to finance irregular groups and their attempts to take over Venezuelan territory.

The PSUV deputy believes that as the economic and energy crisis deepens in the United States, drug trafficking and paramilitary actions on the Colombian-Venezuelan border will be promoted and financed with more strength, so it is necessary to be alert for possible destabilizing actions. The cession of Arauca has been denounced by social leaders in the neighboring country.

Last year, human rights defenders in Colombia held the Colombian State responsible for executing a policy of extermination against the social movements in Arauca, in its interest to free this territory from any opposition to the energy mining exploitation and to use this Department as a spearhead for the imperialist military aggression against Venezuela