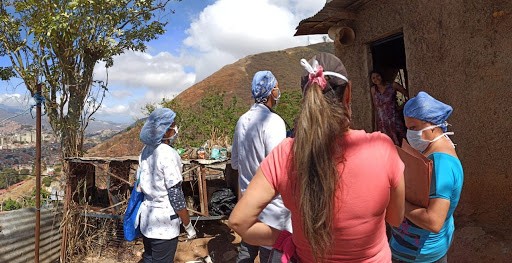 The virus has a peculiarity. It is not a crisis that can be made up and hidden. Governments that have not understood that, painfully for their people, have later seen that despite made up figures, in a matter of days they are tackled by an undeniable wave of sick and dead people.

The most obvious examples in the continent are the cases of Ecuador, (where there are corpses that people have to incinerate on the streets), and the USA, (where in New York there is a huge logistics deployed to pile the dead in refrigerated trucks and morgues and crematoria are getting crowded.)

These situations are not seen in Venezuela, at least until today April 1st. In fact, if there were a concealment, our situation right now would be identical to that of those countries, given that the pandemic arrived here almost at the same time as in the other countries of the region. Like it or not, the government has been very well advised on the matter and has managed the situation properly, even above what is expected by many.

There is no room for cheap politicking here, and we must all admit that.

Facts that have made a difference in Venezuela:

Given this, it should not surprise anyone that the number of infections detected is low, compared to other countries. No one should be surprised.

Finally, although I have exposed clear elements – things that are clear to all of us – that explain why the situation is controlled, what we must appreciate (and what is more important), is that there are no clear indications that the situation is out of control. They do not exist.

There are, of course, some false content and gossip on social networks, which have managed to spread fear in a segment of the population, with images of Ecuador or even images of Venezuela from previous moments, in hospitals and related. But we should already be used to those trolls, who for political reasons, try to create alarm in the population. We already know why they do it.

If you see false content, break the chain, do not spread it, deny it, report it as false news on the networks, report the person who sent it to you. Let’s maintain the calm we’ve had these days and spread only correct and official information.

If you believe that this message can inform and help someone, share it on the social networks.

Featured image: Venezuelan and Cuban doctors go house by house to practices test to those ones identified by the communes or the Patria system.