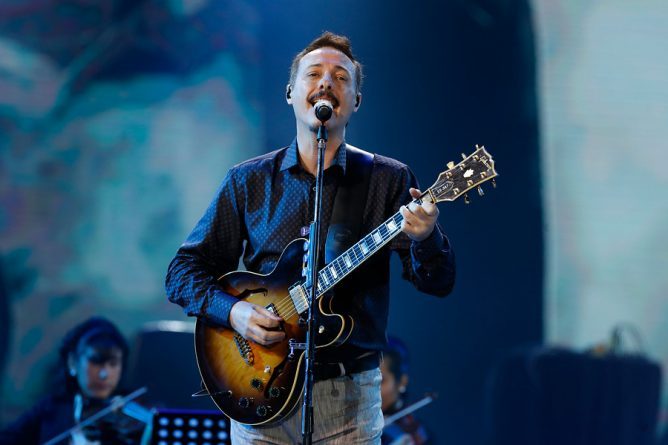 The Argentine musician joined the position taken by artists such as Silvio Rodríguez and Roger Waters about the political scene in Venezuela and said that “we repudiate all attempts at foreign interference.”

In addition to the Cuban troubadour Silvio Rodríguez, Pedro Aznar also published a video in which he pronounces in rejection against foreign interference in Venezuela.

In the framework of the campaign “Peace in Now” initiated by the Venezuelan collective “Canción Ciudad”, the Argentine interpreter sends his warm embrace to the Venezuelan people and states that “we repudiate all attempts of foreign interference. Venezuela must solve its problems autonomously, self-determined and through democracy, truth and justice. ”

“In Venezuela peace is now”, closes the former Serú Girán, following the same position taken by artists of the stature of Roger Waters, who has insistently expressed his concern about the possible intervention of the United States in the country led by Maduro .

In another video, the Cuban troubadour followed the same line, arguing that “I would like all of Venezuela’s problems right now to be solved well between Venezuelans and without interference of any kind.”

“It is obvious that Venezuela is divided, but I think that it is the Venezuelans who should discuss their differences and resolve them, without any kind of pressure,” Rodríguez said.