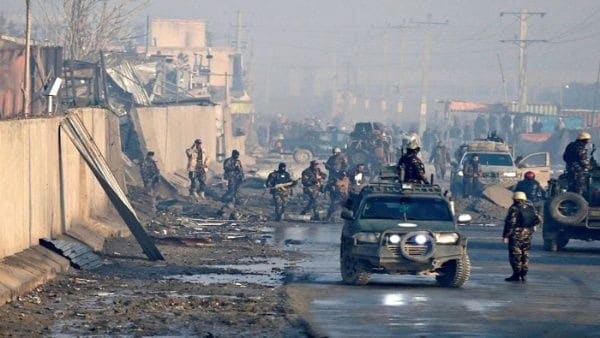 The UN Assistance Mission in Afghanistan indicated that the ten children who died from the bombing belonged to the same family.

The Assistance Mission of the United Nations Organization in Afghanistan (Unama, for its acronym in English) reported that a bombing of the international coalition led by the United States (USA) in the province of Kunduz (north) left 13 dead civilians, of whom ten were children.

“The Mission expresses serious concern because the initial investigation indicates that ten of the dead were children, part of the same family who were displaced by the fighting in other parts of the country,” he said in a statement Monday.

The organization specified that the attack took place during Friday night and early last Saturday in the neighborhood of Telawka, executed by foreign military forces “in support of the pro-government forces in the field” .

Airstrike by international forces killed 13 civilians, 10 of them children, in #Kunduz, #Afghanistan on 22/23 March, according to UNAMA initial findings. Read statement: https://t.co/4DVVkpEUxb pic.twitter.com/3i2S83dHK8

Unama reiterated that they continue verifying all civilian victims during the military aggression and urged the parties involved in the bombing to investigate what happened.

In addition, they requested immediate measures to guarantee the protection of civilians against possible new aggressions. “The parties are urged to publish the results of their findings, as well as to provide adequate compensation to the victims,” they reiterated.

The Annual Report of Protection of Civilians 2018 of the Unama, presented in February 2019, revealed that in that year there was an increase of 24 percent of civilian victims, with respect to 2017, during air operations, international military forces and search by the national security forces.