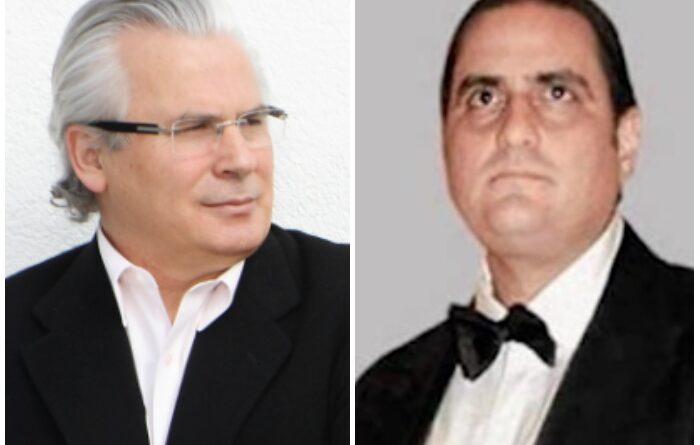 Baltasar Garzón, the renowned Spanish jurist and member of Alex Saab’s defense team, referred to the ruling of the Constitutional Court (TC) of Cape Verde on the Venezuelan diplomat’s case as “barbaric.” In addition, Garzón expressed his conviction that the ruling constitutes a political decision more than a legal one, according to a recent press release.

In this sense, Garzón stated that “the decision of the TC judges, with due respect, is more political than legal, and it is a legal barbarism. It cannot be said that rights are for Cape Verdeans and not for others.” The statement was issued during a conference, in digital format, organized by the defense team of the Venezuelan ambassador, illegally detained in Cape Verde since last year.

“This whole issue is clearly an operation backed by those who demand his extradition,” added the lawyer, blaming the influence of the United States for the arrest of the Venezuelan diplomat.

Previously, the defense demolished the TC’s decision regarding the extradition authorization to the United States, and criticized the entire process of Saab’s arrest.

“The Constitution of Cape Verde has been destroyed, the decision is a constitutional suicide that would make a law student blush, it is deplorable,” said one of the lawyers who intervened in the session.

RELATED CONTENT: Russia Pronounces on ‘Politically Motivated’ Extradition of Alex Saab – US and Cape Verde Spitting on Rule of Law

Likewise, the defense of Alex Saab also announced a series of initiatives, among them the sending of letters to the judges of the TC “to reconsider their decision in light of the inconsistencies and contradictions of the sentence” and, in addition, to the Government of the United States, calling on them to follow the ruling of the Court of Justice of the Economic Community of West African States (ECOWAS) that demanded the release of Alex Saab.

Likewise, a letter will be sent to the president of Cape Verde highlighting that “the court said that it could not rule on immunity, because this is a political decision that the government has to make,” said the lawyer. “One of the TC judges questioned the decision,” Garzón added, “but perhaps he was forced to agree with his colleagues ”

At the end of August, the Cape Verdean Constitutional Court rejected Alex Saab’s defense appeal against the ruling authorizing the extradition to the United States. “Dismiss the appeal filed by Mr. Alex Saab,” stated Judgment 39/2021, issued August 30 and published on Tuesday, 194 pages in length.

“Alex Saab, 49, of Colombian [and Venezuelan] nationality and, according to the defense, with oncological health problems,” read the document, “was detained by Interpol and Cape Verdean authorities on June 12, 2020, during a technical stopover at the Amílcar Cabral International Airport, Sal Island, on the basis of an international arrest warrant issued by the United States [one day later], on a trip to Iran on behalf of Venezuela, as a ‘special envoy,’ and with a diplomatic passport.”

The widespread opinion expressed by media was that the arrest of Ambassador Alex Saab placed Cape Verde at the center of a dispute between the government of President Nicolás Maduro in Venezuela—which confirmed his diplomatic status from the moment of his arrest—and the presidency of the United States, and contained irregularities including the international arrest warrant and the illegal detention process.

RELATED CONTENT: Ambassador Alex Saab to Continue His Legal Battle for Justice in the United States

On August 12 of this year, the Constitutional Court of Cape Verde held a public hearing to judge the appeal filed by Alex Saab’s defense against the extradition decision to the United States. The hearing referred to the Concrete Inspection of Constitutionality, in which the defense of Alex Saab appealed against the decision of the Supreme Court of Justice (STJ), which in March authorized the extradition.

It should be noted that the Court of Justice of the Economic Community of West African States (TJ-ECOWAS) ordered the “immediate release” of Alex Saab on March 15, 2020, for violation of human rights, urging the Cape Verdean authorities to stop extradition.

However, two days later, the STJ authorized the extradition, rejecting the defense’s appeal, a decision that was not final, and the defense appealed to the TC.

Regarding the admissibility of this appeal, the three judges who advise the Constitutional Court unanimously decided not to recognize five arguments raised by the defense, related in general to the constitutionality of the extradition process. On the merits of the appeal, they unanimously decided not to declare the unconstitutionality—requested by the defense—of seven regulations related to the Law of International Judicial Cooperation in Criminal Matters and its application by the appealed court, while a ruling was made on another term by majority (two advising judges).

In addition, the judges also decided to “confirm and declare the unconstitutionality of a hypothetical rule derived from Article 15, number 4, and 34, 89, and 90 of the Constitutive Treaty of ECOWAS and the Protocols relating to the ECOWAS Court of Justice of 1991 and 2005,” which “would determine compliance with a decision of the ECOWAS Court of Justice, which the [Cape Verdean] Supreme Court of Justice refused to apply, alleging breach of the principle of national sovereignty, with the constitutional regulations on the obligation of the State of Cape Verde to the treaties and to the principle according to which the courts cannot be deprived of their jurisdiction.”