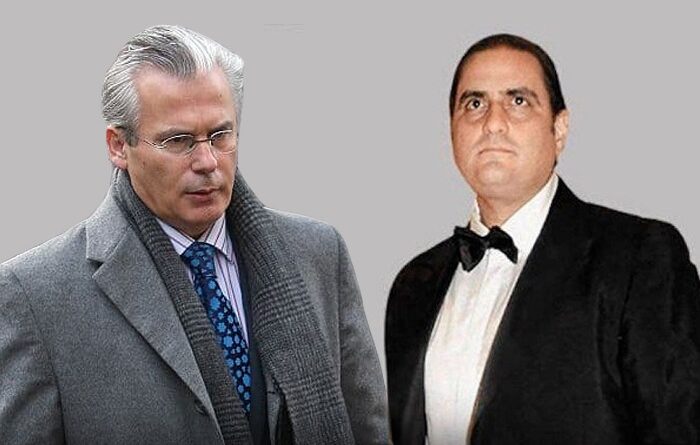 Baltasar Garzón, former Spanish judge who is the defense attorney for Venezuelan diplomatic envoy Álex Saab, reiterated during an interview with the Colombian newspaper El Espectador that his client is a special envoy of the Government of Venezuela who works as a diplomatic agent for commercial and trade purposes, and that he was illegally detained by the Cape Verdean authorities in a process that violated international law in addition to violating his rights that are inherent to diplomatic immunity established in global laws.

The interview was offered by Garzón on the occasion of completion of 6 months of Saab’s arbitrary imprisonment in the African country—which began on June 12, 2020. The detention of the envoy has been described by his defense as an abduction with the sole motive being the political interest of the Donald Trump regime of the United States that intends to charge the Venezuelan envoy with corruption.

In the interview, Garzón declared that Saab obtained his diplomatic position in April 2018 when he was appointed special envoy of Venezuela in order to achieve commercial agreements for the nation that would allow the country to acquire basic food and medicines to meet the necessities of the Venezuelans amidst the cruel criminal blockade imposed by the United States, the European Union and other governments allied to the plan that aims to suffocate the Venezuelan population and deteriorate their quality of life.

In addition, Saab had the mission of reaching agreements to support the social programs of the government headed by Nicolás Maduro, as well as seeking business for the energy sector or obtaining fuel for Venezuela in Iran, which became essential due to the sabotage of the United States against the Venezuelan oil industry that seeks to leave the country without fuel, something that Venezuelans are already suffering with the shortage of gasoline right in the middle of the COVID-19 pandemic.

One of those social programs referred by Garzón is the CLAP food program that delivers almost free boxes of food to about 7 million Venezuelan households every month.

“As a special envoy, Mr. Saab is a diplomatIc agent of the Bolivarian Republic of Venezuela,” explained Garzón, “and, as such, he has the right to the immunity and inviolability enshrined in the Vienna Convention, the United Nations Convention on Special Missions and international law. At the time of his illegal detention, special envoy Saab was in the process of carrying out his second special humanitarian mission to Iran.”

He added that at the time of arbitrarily detaining Saab, the Cape Verdean authorities were obeying an order sent to them by the United States. “Álex Saab had the proper documentation proving his status as a diplomatic agent. However, the police authorities concealed this information,” said Garzón.

“Weeks later,” he continued, “we discovered that documentation among the returned goods, and the corresponding complaint was filed, which is still being processed. In short, a series of irregularities makes it unfeasible that due process will be considered in accordance with international and national standards on the matter,” Garzón denounced.

Garzón stressed that he took the case because he still believes in justice “regardless of a person’s politics, race or religion.”

The defense attorney also stressed that the US charges “are clearly politically motivated and represent one of the most egregious examples of jurisdictional overreach that I have seen.”

“In addition,” explained the attorney, “a detailed analysis of the merits of the allegations by the United States shows that they rely heavily on evidence and information provided by disreputable witnesses, that their cooperation has been bought through the granting of US citizenship, visas, and more. All in some desperate attempt to link special envoy Saab with events in the United States in order to secure the charge of conspiracy,” he stressed

Garzón also said that Saab, together with the defense team, “recognizes the regrettable fact that his illegal detention is part of a much broader action by the requesting authorities; action that goes beyond the extradition itself and that it stages or forms part of the political and economic battle of the United States against the Bolivarian Republic of Venezuela.”

“It is also very likely that the political and judicial authorities of Cape Verde are not aware of the scope of the implementation to which they are being subjected,” Garzón added. “I insist that there is no basis to claim the extradition of diplomatic agent Álex Saab, and this is the excuse to achieve it and to use the criminal process as an instrument against his country and its authorities in a form of lawfare that the North American administration has been developing and applying for a long time against countries and people they designate as enemies,” he said.