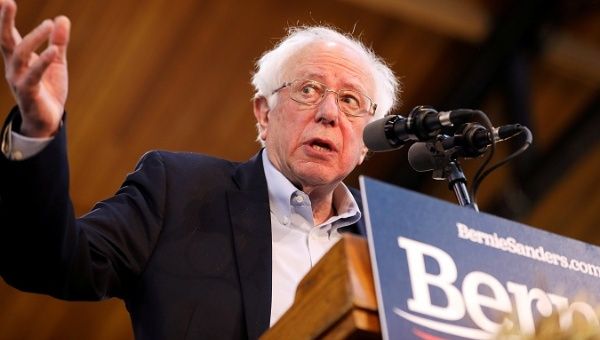 Senator Bernie Sanders: ‘Lula da Silva was imprisoned in a politicized prosecution that denied him a fair trial and due process.’

“Today, it is clearer than ever that Lula da Silva was imprisoned in a politicized prosecution that denied him a fair trial and due process. During his presidency, Lula oversaw huge reductions in poverty and remains Brazil’s most popular politician,” Sanders told The Intercept.

“I stand with political and social leaders across the globe who are calling on Brazil’s judiciary to release Lula and annul his conviction.”

Sander’s statement came after online publication released exclusive evidence Sunday showing that the presiding judge in the case, Sergio Moro, conspired with prosecutors to illegally prosecute Lula and prevent him from participating in the 2018 presidential elections later won by the far-right politician Jair Bolsonaro. Bolsonaro later placed Moro in the newly-created Ministry of Justice position, giving him power to oversee the entire judiciary branch, among other responsibilities.

California house representative, Ro Khanna, called on the U.S. administration under President Donald Trump to investigate what happened at the judicial level in the Lula case.

“While [it’s] not for the U.S. to make a factual judgment on Lula’s innocence, this reporting shows Moro was not impartial and coordinated with the prosecutors. This violates all judicial norms and ethics. I hope the Trump administration supports full investigation into this matter. Lula is still in jail and Moro is Bolsonaro’s justice minister.”

The Intercept report “confirms what we knew all along – that [former Judge Sergio] Moro was a bad actor and part of a larger conspiracy to send Lula to jail,” Khanna added.

The Intercept’s three-part story revealed documents showing how Brazilian prosecutors privately admitted their was insufficient evidence to condemn Lula in the wide-spread ‘Carwash’ (Lava Jato) corruption case for which he has already served over a year in a now eight year, 10 month sentence. The authors also showed how prosecutors and Moro collaborated to ensure Lula was found guilty on embezzlement charges.

The Brazilian ‘Association of Judges for Democracy’ supports the general strike against President Jair Bolsonaro to be held on June 14, 2019.

The leader of the Workers’ Party, president between 2002 and 2011, was convicted of receiving bribes in the form of a beach front house from the Odebrech Construction company, in exchange for public contracts. He has been serving the Moro-ordered sentence in Curitiba since April 2018.

The Brazilian Supreme Federal Court (STF) postponed its Tuesday hearing to discuss the writ of habeas corpus presented to it by Lula’s lawyers who want his case to be nullified and for the politician to be immediately released.