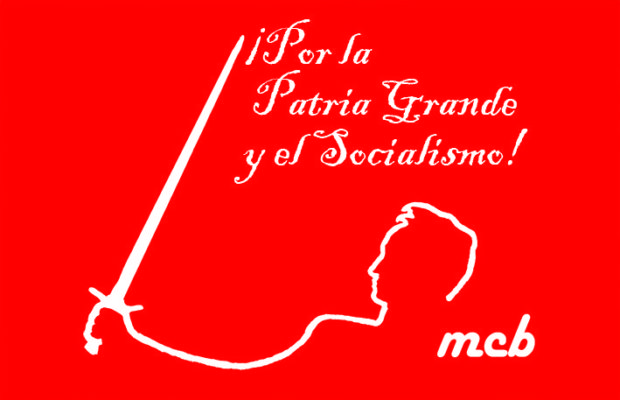 In the face of the betrayal and non-compliance with the Peace Agreement between the Revolutionary Armed Forces of Colombia – People’s Army (FARC-EP) and the Colombian government by the Santanderist oligarchy, which unilaterally ignored and modified more than 80 percent of what was agreed in Havana, beginning a kind of rerun of the “red dance” with the systematic murder of social leaders and former FARC-EP combatants, the Bolivarian Continental Movement declares:

The Bolivarian Continental Movement (MCB), which always accompanied the dignified and heroic struggle of the insurgent Colombian people for a New Colombia with social justice, salutes the new leadership and command of the FARC-EP, the members of the Clandestine Communist Party of Colombia and all and all its fighters, understanding that this courageous decision is born of nothing but loyalty to the principles and ideas that pushed the Colombian people to armed insurgency more than five decades ago: loyalty to true peace, which has been bled out by the blows of a stateless political and economic oligarchy, which only looks after its own interests; loyalty to the dreams of millions of Colombians who put their hope in the end of the armed conflict; for the construction of a new type of country and not for a return to the darkest corners of Colombia’s history, the resurgence of violence and paramilitarism, with the people defenseless.

The right to armed rebellion that the MCB assumed as a recognition and tribute to the hero of Bolivar’s insurgent Colombia, Manuel Marulanda Vélez, is now fully in force. As FARC-EP Commander Iván Márquez announced, the flag of peace rises with more strength than ever, to conquer true PEACE with social justice.

The imperial onslaught in Our America requires the unity and struggle of our peoples. The threat and permanent aggression to the sovereignty of Cuba and Venezuela, as well as any process that raises the flags of independence and anti-imperialism, requires the preparation of all the people to resist, advance and overcome with all forms of struggle that each people considers appropriate to their objective conditions. Our duty as revolutionaries is to support each of these emancipatory processes, with respect for the self-determination and autonomy of the peoples in struggle.

We will march along the paths and trails of the Americas, with our flag of united Gran Colombia and the dream of the Liberator, towards the second and definitive independence, always with our peoples, with the sword drawn against the stateless oligarchies, the rapacious and decadent empires.

With Bolívar, with Manuel, with El Che and Fidel in charge!

Bolivarian and revolutionary embrace to the new Marquetalianos of the 21st century!

Only the struggle will set us free!

Honor and glory to comrades Manuel Marulanda and Alfonso Cano, founding members of the CCB/MCB and its Honorary Presidency. 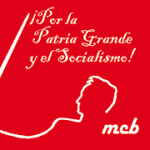 The Bolivarian Continental Movement is a political movement named after South American independence hero Simón Bolívar. The political movement was founded in Caracas, Venezuela on December 8, 2009 by a group of 950 left-wing activists from 26 Latin American nations

The Bolivarian Continental Movement is a political movement named after South American independence hero Simón Bolívar. The political movement was founded in Caracas, Venezuela on December 8, 2009 by a group of 950 left-wing activists from 26 Latin American nations