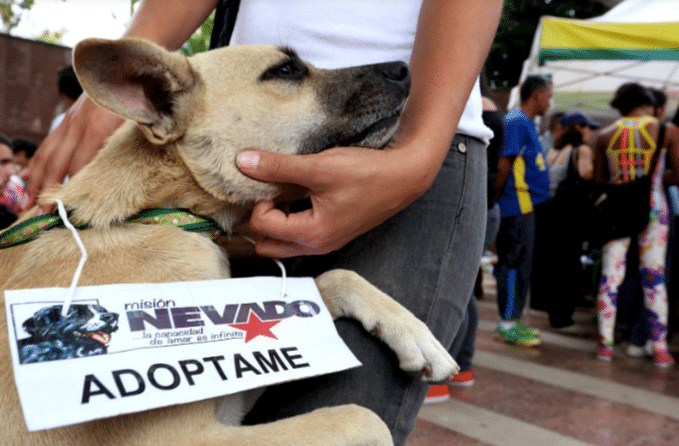 According to the Venezuelan ‘Organic Law on Missions, Grand-Missions, and Micro-Missions’ a mission is defined as:

“public policy aimed at materializing in a massive, accelerated and progressive way the conditions for the effective exercise and universal enjoyment of one or more social rights of persons or groups of persons, which combines the streamlining of state processes with the direct participation of the people in their management, in favor of the eradication of poverty and the popular conquest of the social rights enshrined in the Constitution of the Bolivarian Republic of Venezuela.”

While it could be compared to a social program or as our oligarchs call them here in the United States “entitlement programs” it is clearly defined as much more than that. Not only is the direct participation of the masses in the administration of these programs enshrined in law to avoid clientelism and promote popular participation, but the law defines missions as part of the battle to eradicate poverty and towards a full actualization of the constitution of the Bolivarian Republic. This is what sets apart these programs from traditional welfare programs in the capitalist world; they are aimed at popular empowerment and participation, the eradication of poverty, and are aimed at something enshrined in the constitution of the republic; social rights.

RELATED CONTENT: Bolivarian Revolution in the Long Arc of Imperialism

For the first installment of this new series of articles I plan on writing about the various Bolivarian Missions that have taken root in Venezuela with the start of the Bolivarian Revolution, I wondered which to cover. Should I start with one of the more known missions which have contributed to the health and educational wellbeing of the Venezuelan population? Or should I go with one of the lesser known missions that are rarely covered by any media (including left-wing or sympathetic media outlets)? I decided to go with the latter.

The establishment of Mision Nevado became legally official on December 30th, 2013 when it was published in the official gazette. The first materialization of this mission happened less than two weeks later on January 12th, 2014. It was defined in the gazette as “a collective, revolutionary, ecosocialist and animalist project for the rescue and protection of canine and feline fauna in street situations”. The mission is named for the canine companion of Simon Bolivar, Nevado, who is said to have always accompanied the independence fighter, until Nevado’s untimely demise in 1821 at the Battle of Carabobo. The unofficial “motto” of the mission is “The ability to love is infinite” which was spoken by Comandante Hugo Chavez in 2009 during a special event at the National Assembly. He told a story of how he stopped his presidential caravan in the middle of the road to help an injured dog; “it is a living being!” he said. “That degree of sensitivity, one has to and one can, develop it,” he reiterated. “I think these are essential values to be able to build socialism, without these values everything would be a lie, everything would be false.”

The mission recently celebrated its 7th birthday, and the legacy of this mission is an astounding one! This social program has more than 26 headquarters nationwide and serves the sum of 10,000 animals a month, providing veterinary care, vaccination, deworming, sterilization, adoption, feeding workshops for their owners, among other services to improve their quality of life. According to an article by the Venezuelan Ministry of Communication; Up until 2019, the Nevado Mission had attended to 1,654,252 animals during more than 27,271 full days of activity in the twenty-four entities of the country, and carried out 695,728 veterinary consultations, 25,466 adoptions, the application of 516,460 vaccinations, 498,482 dewormings, 61,977 surgeries, and 6,386 legal actions against animal abuse were executed. The Nevado mission has also been incorporated into schools and prisons to equip young people and prisoners with workshops, skills, and tools, to further the goal of respect for animals and the planet. All of this is done 100% FREE OF CHARGE. From adoption fairs, to animal hospitals and clinics, to everything else mentioned above, it is done completely free. I dare to say that healthcare and social welfare is more accessible to millions of animals in Venezuela than it is to millions of people in the US, something Venezuela should be very proud of, but the United States should be utterly embarrassed about.

Mission Nevado is advancing the Bolivarian Socialist goal of promoting social inclusion and attaining a more just and equitable world. Using tenets of Eco-Socialism and Humanism, this mission has been able to attain its goal and then some. Chavez would be proud.