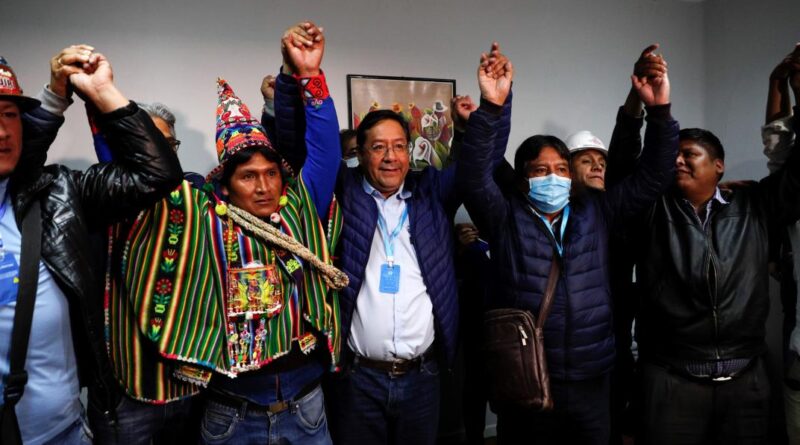 Bolivia has reversed the US-backed coup which saw its leftist president Evo Morales ousted from the lithium-rich nation after a landslide victory last year. Another landslide victory for a previous member of Morales’ cabinet named Luis Arce has restored power to the Movement Toward Socialism (MAS) party after a year of rule by the coup regime.

Contrary to what a recent Guardian headline asserts this was not a “stunning comeback” for MAS but a widely anticipated repudiation of the false claims that were spun by western narrative managers that Morales had rigged the election last year in a dictatorial assault upon democracy. Two landslide victories in as many years is neither “stunning” nor a “comeback”, it’s just the people decisively making their will known two times.

Bolivia is still not in the clear; the US-centralized empire still has plenty of other avenues of attack through which to sabotage the will of the Bolivian people, and we may be certain that we will see them rolled out in the coming years if that empire still stands. But people are right to celebrate the fact that its preferred and primary avenue of attack has been thwarted.

don't forget that the election in bolivia was a concession by the fascist coupists after the socialist movement, backed by the mass of the population, threatened a civil war. it was a victory won from below, which many sacrificed their lives for. they will forever be remembered

Which is a good illustration of why imperialists pour so much energy into using propaganda to manipulate what people think and do. If you can’t manipulate people into supporting your actions, they’ll just wind up undoing all your handiwork. A coup was undone yesterday in Bolivia, a coup was undone in Venezuela in 2002, and coups will continue to be undone every time the people have the power to enact their will and can’t be propagandized or brutalized away from using it.

The great elephant in the room, around which so much of the behavior of establishment power revolves, is that there are many more ordinary human beings than there are sociopathic dominators trying to exploit them. This fact rarely enters the minds of the rank-and-file citizenry, but for the manipulators responsible for engineering the continuation and expansion of the imperialist oligarchic status quo, it is always at the center of their attention.

The powerful fear the people. Always have, always will. They are at all times acutely aware that there’s not actually anything stopping the public from using the power of their numbers to take back everything their rulers stole from them and doing whatever they like to their former oppressors. We’re like a giant the size of a mountain who is in an abusive relationship with a tiny little man; we might not think too much about how we could squash him like an insect whenever we like, but he most certainly does.

Congrats to Bolivia in returning to a government for the people.

Condolences to all the journalists working for billionaires in the USA who have to try to spin democracy as "authoritarianism" in the next few years.

And that’s why the manipulators responsible for keeping the empire running work all day every day ensuring the people never awaken to their true power. That they never realize they’re being worked like slaves to support the obscene planet-destroying excesses of plutocrats while struggling just to survive. That they never realize their value and resources are being funneled into a war machine which murders people just like themselves on the other side of the world to ensure geostrategic domination which benefits nobody but the most powerful. So we don’t realize what they are doing, and realize that we have every ability to stop them.

They do not pour vast fortunes into manufacturing the consent of the governed because it’s fun for them. They don’t buy up narrative control in the form of media outlets, think tanks, NGOs, political influence and advertising in collaboration with opaque government agencies because they’ve got nothing better to do. They work so hard to manufacture consent because they need it.