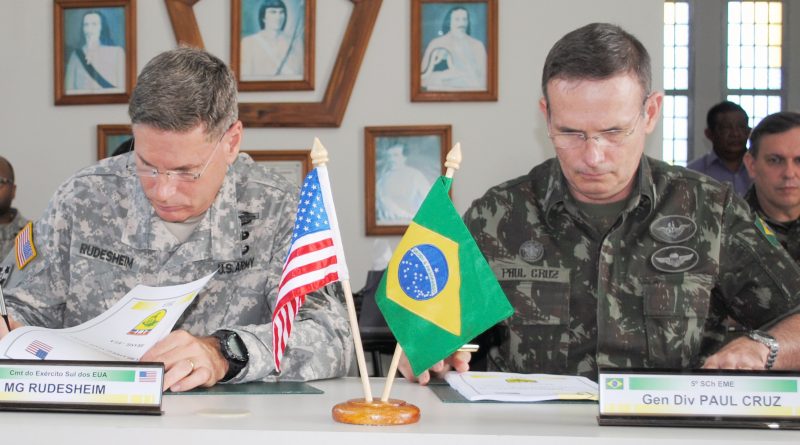 Bolsonaro vowed to increase Brazil’s military and economic cooperation with the United States after winning the presidency in 2018.

The Foreign and Defense Committee of the Brazilian Congress has just approved by majority vote the U.S.’ commercial use of the Alcântara Base along Brazil’s north Atlantic coast.

This move comes just months after President Jair Bolsonaro inked a deal with his U.S. counterpart Donald Trump to allow the Americans access to this satellite launching base.

As a result of this move by the Foreign and Defense Commitee, the U.S. will be allowed to launch rockets, spacecraft, and satellites from the Alcântara facilities.

While the committee did approve the U.S.’ use of their facilities, they stated the Americans will not be allowed to launch missiles from this installation. Per the agreement, Brazil authorizes the U.S. to launch national or foreign-made rockets and spacecraft that have U.S. technological components.

The decision for the U.S. to use the Alcântara base will now be moved to the Science and Technology and the Constitution and Justice (CCJ) committees. It will then have to be considered by the plenary of the House and Senate.

The Brazilian opposition has stressed that this deal, which was first brought about in March when President Jair Bolsanaro visited the U.S., hsa the potential to harm Brazil’s national sovereignty, as U.S. personnel will be the only ones authorized to use the Alcântara Base.

Wednesday’s vote was headed by the President’s son, Eduardo, who has recently been named Brazil’s envoy to the United States. the Brazilian opposition, along with many Bolsonaro loyalists, have opposed this appointment because of Eduardo’s lack of qualifications and belief that nepotism is playing a part in this decision.

Featured image:Maj. Gen. Frederick S. Rudesheim, the commanding general of U.S. Army South, and Brazilian Lt. Gen. Luiz Guilherme Paul Cruz, deputy chief for Special and International Affairs of the Brazilian army, sign a memorandum of understanding during the closing ceremony of the army-to-army staff talks between the U.S. and Brazilian armies May 22, 2013 in Manaus, Brazil. (Photo by Lt. Col. Robert A. Whetstone)