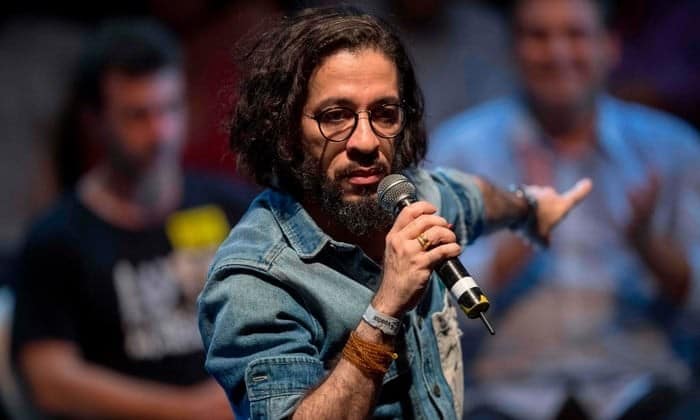 Jean Wyllys said he was currently outside of the country and had no plans to return after a growing number of threats in past year.

Brazil’s first and only openly gay congressman has announced that he is leaving his job – and the country – after receiving death threats.

In a newspaper interview on Thursday, Jean Wyllys said he was currently outside of Brazil and had no plans to return after a growing number of threats over the past year.

Wyllys, who was re-elected in October and had been set to begin a third term in February, was a close friend of Marielle Franco, the gay Rio councilwoman who was shot and killed along with her driver in March.

His departure is likely to add to fears among Brazil’s LGBT community that homophobia is set to rise even further under the government of president Jair Bolsonaro, who has won notoriety for his overt homophobia.

In the interview, Wyllys said his decision to leave wasn’t because of Bolsonaro’s rise, but rather the climate of heated rhetoric and intensifying violence toward members of the LGBT community in the wake of last year’s heated election campaign.

Bolsonaro made no explicit comment on Wyllys’s announcement, but soon after posted a thumbs-up emoji on his twitter feed. Bolsonaro’s son Carlos – also a Rio city councilman – greeted the news with a tweet saying: “Go with God and be happy.”

Wyllys first found national fame when he won Brazil’s version of Big Brother, and went on to become one of the country’s most high-profile advocates for gay rights – a role which led to frequent attacks from the religious right.

“It is a difficult battle to fight. Sometimes I feel like Don Quixote, you know?” he told the Guardian in 2012. “But this is my vocation. My calling. I feel that I need to be here.”

Wyllys said that the former Uruguayan president Pepe Mújica had advised him to take the death threats seriously. “He told me: ‘Take care, man. Martyrs are not heroes.’ And he’s right: I don’t want to sacrifice myself,” Wyllys said.

In Congress, Wyllys was frequently at odds with Bolsonaro, a congressman for 28 years with a long history of homophobic, racist and sexist comments.

In their most notorious public clash, Wyllys spit towards Bolsonaro on the floor of the lower House of Deputies after Bolsonaro dedicated his vote to impeach then-president Dilma Rousseff to a dictatorship-era torturer.

In a tweet on Thursday, Wyllys said: “Preserving a threatened life is also a strategy to fight for better days. We did a lot for the common good. And we will do much more when new times come.” Despite Brazil’s image as an inclusive nation that is home to the world’s largest gay parade, homophobia is rampant, and often violent. In 2017, at least 445 LGBT Brazilians died as victims of homophobia – a 30% increase from 2016.