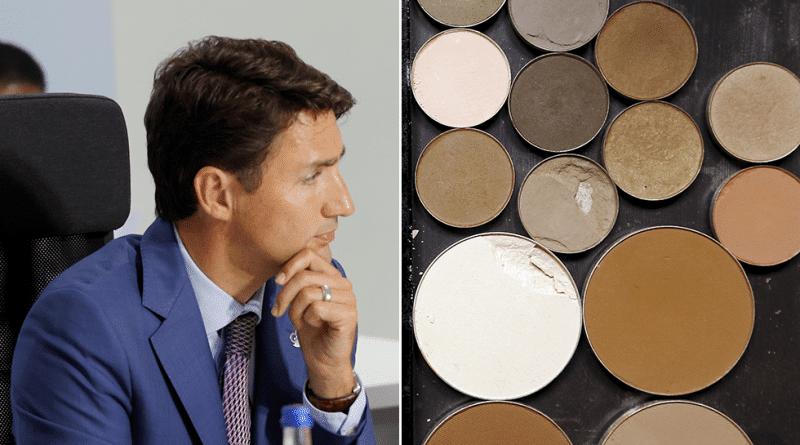 There’s just no end to revelations of embarrassing imagery for Canadian PM Justin Trudeau, with the media digging up the third alleged instance of him wearing blackface in 24 hours. Worse yet, it appears to point at him lying.

The latest video clip – which shows Prime Minister Trudeau in dark face and body paint, laughing and waving his hands in the air – was obtained by Canada’s Global News. Though it is not clear where the footage was captured, it is believed to have been shot in the 1990s and at a different location from the other images that have recently come to light.

#BREAKING: A video — obtained exclusively by Global News — shows a third instance of Justin Trudeau in what appears to be racist makeup.#cdnpoli #elxn43 https://t.co/1WNWm9QPat

The prime minister rushed out an apology on Wednesday, after a photo emerged showing a 29-year-old Trudeau sporting full “brownface” – along with a turban and thawb – for an ‘Arabian Nights’ themed party in 2001. The PM denounced his bizarre makeup as racist and apologized for his love for costumes, telling reporters “I’ve always – and you know this – been more enthusiastic about costumes than is sometimes appropriate, but these are the situations that I regret deeply.”

But if a conservative did it, they’d be ruined. pic.twitter.com/ojim3V59nj

Trudeau, who is currently running for reelection, then admitted he may have also worn blackface for a high school talent show, where he performed Jamaican music in face paint and an afro wig, but insisted that was all. That photo, too, was soon found – but within hours, the third image was already making the rounds.

A senior member of Trudeau’s campaign confirmed the footage was genuine, but refused to comment further, according to Global News.

At a press conference on Thursday, the prime minister addressed the new footage and apologized again. He did not offer to resign from his post in government.

Pressed about him not mentioning the third instance of blackface, Trudeau said he shared what he “recollected,” and admitted that the act was “something that is absolutely unacceptable to do.”

“The choices I made hurt people,” he added.

Delivering statement on blackface photos, Justin Trudeau addresses his remarks to racialized Canadians: “I what I did hurt them, hurt people who shouldn’t have to face intolerance & discrimination because of their identity. This is something that I deeply, deeply regret” #cdnpoli pic.twitter.com/a6GLb2zw1b

For an avowedly progressive leader who has urged Canadians to “accept” and not merely “tolerate” each other’s differences, Trudeau’s failure to avoid racial caricatures must have come as a surprise for citizens regularly lectured about their country’s liberal values.

Reacting to the footage, New Democratic Party leader Jagmeet Singh slammed Trudeau for an “ongoing pattern of behaviour,” and said it was up to Canadians whether they wanted to forgive the leader of the country that prides itself on its multiculturalism and “progressive” views.

“It was racist in 2001, it’s racist now,” shot back Trudeau’s chief Conservative rival, Andrew Scheer, who added he was “extremely shocked and disappointed” by the images.