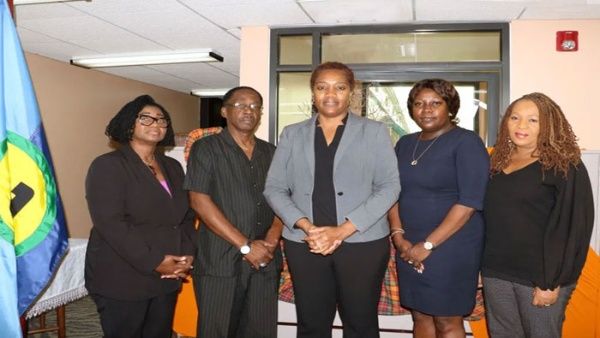 “There are forces that do not want us to see the votes counted for any reason. Any government that took an oath without a credible and totally transparent vote counting process would lack legitimacy,” said Caricom President Mia Mottley.

The president of the Caribbean Community (Caricom), Mia Mottley, reported on Wednesday that she regrets the forced withdrawal of the independent high-level team, an observer body for the electoral count in Guyana of the last general elections on March 2.

The Caribbean Community had sent an electoral observation team on March 14 at the request of the president of Guyana, David Granger, and the leader of the opposition, Mr. Bharrat Jagdeo, who agreed to count the votes in the ten electoral districts where the electoral process was consummated, to generate security in the population.

The decision came about through a court order issued on March 17, which granted a measure that prevented the Guyana Electoral Commission (Gecom) from re-counting the ballots for the general and regional elections, annulling the agreements between the president of Guyana and the opposition leader, followed by Caricom.

Statement by the Chairman of the Caribbean Community (CARICOM) The Honourable Mia Amor Mottley, Prime Minister of Barbados on the Withdrawal of CARICOM High Level Team @caricomorg https://t.co/GY3BIfTouF#GuyanaElections #CARICOM

Mia Mottley indicated that the count was a giant step in determining the will of the people of Guyana in the elections held, allowing confidence to be restored in the electoral process locally and internationally.

The press release published on the Caricom official website, states that “there are forces that do not want to see the votes counted for any reason. Any government that took an oath without a credible and fully transparent vote counting process would lack legitimacy.”

According to the statement, the Caribbean Community has no choice but to withdraw the high-level team, stating that the agency remains committed to the Guyanese people.