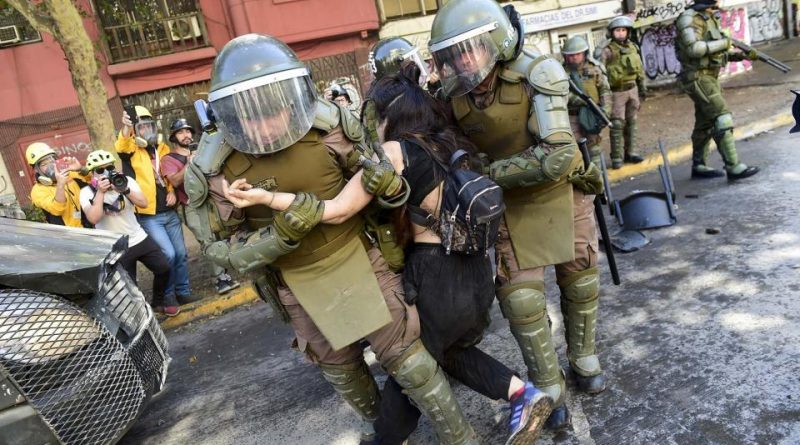 The judiciary in Chile reported Friday that a total of 26,126 Chileans have been arrested since October 18, when demonstrations and protests began in rejection of the Neoliberal policies imposed on the South American nation for 30 years.

Out of this number – cited local media – a total of 8,664 people are from the metropolitan region of Santiago, a Chilean province where strong and massive mobilizations were registered in rejection of the measures, intensified during the government of Sebastián Piñera.

RELATED CONTENT: Chile: A Day in Which the Fury against Piñera Became Evident

Similarly, the courts declared the illegal detention of 1,108 Chileans, while the public ministry has presented more than 1,700 people to be given preventive detention nationwide.

For almost a month, Chile has been experiencing a wave of protests against the government of Piñera. at least 23 dead and more than 2,300 injured have been registered in the country as a consequence, in large part, of the repression measures used by the police.

The Public Ministry also is investigating more than 800 complaints of human rights violations by the Chilean national police, including complaints of rape and sexual abuse.