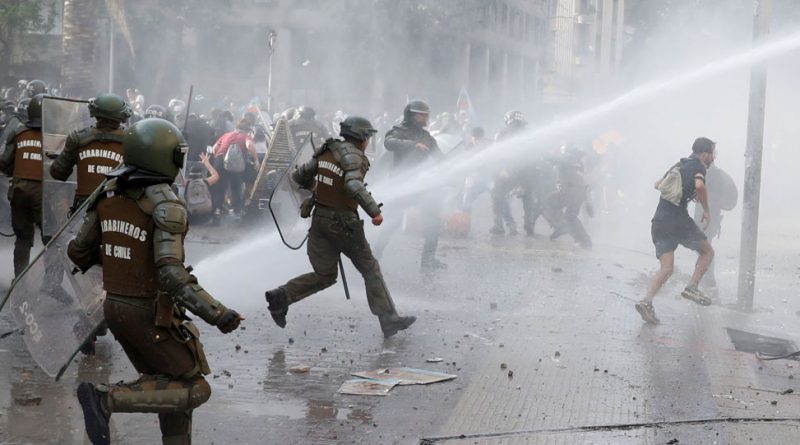 Santiago (Sputnik) – The director of the National Intelligence Agency of Chile (ANI), Luis Masferrer, offered his resignation to the government after receiving criticism for not foreseeing the size of the massive protests of recent weeks.

“What we know is that we must make changes in matters of security, in matters of intelligence, and I understand that the director of the ANI, in a very generous act, has made his position available,” confirmed the spokeswoman for the Government, Karla Rubilar, to DNA radio.

The government awaits the evaluation of President Sebastián Piñera with a view to “the emergence of a strong institutional framework to prevent events, like those we live in these weeks, from happening again,” he added.

Masferrer has been questioned for not having foreseen the social outbreak that involved several destroyed subway stations, burned buildings and looting at different supermarkets.

The mobilizations began on October 14 against a rise of 30 pesos (less than one dollar) in the price of the Santiago Metro ticket, which days later was canceled by Piñera.

However, the protests did not subside, encompassing other deeper social complaints and took a much more intense turn, with dozens of demonstrations in various parts of Chile with marches and cacerolazos.

On November 15, the political parties of the government and the opposition jointly agreed to initiate a constitutional process, calling for a binding citizen referendum to be held in April next year.

So far 25 people have died during the protests, five of them at the hands of the Armed Forces and the police.