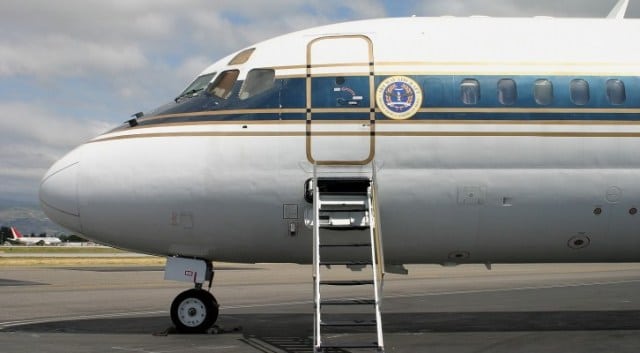 Venezuelan investigative website La Tabla reviewed the details of the accusation of drug trafficking against former Venezuelan Major General Hugo “El Pollo” Carvajal filed by the US justice, and reported that it is possible that the Central Intelligence Agency (CIA) might be behind the aircraft that transported the drugs to Mexico after unveiling some irregularities.

In this regard, La Tabla, recalling that the “accusation against Hugo Carvajal is for 5.6 tons of cocaine in a ‘CIA plane'” seized in Mexico in April 2006, referred to an article it had published in 2017, in which it had examined the links between the CIA and the aircraft carrying the drug.

According to the news piece, journalist Daniel Hopsicker traced the ownership of the plane, a DC9-15, with US registration N900S. It arrived at the Maiquetía Airport on April 5, 2006, according to testimonies from employees of the flight services company that received it. The testimonies were provided to the third court of Vargas state—currently La Guaira—which was in charge of the criminal investigation in Venezuela.

The plane belongs to the Royal Sons company, directed by Frederic J. Geffon, who obtained it in a purchase from a company of the conglomerate Sky Way Communications Holding, after its owner, Brent Kovar, declared bankruptcy. Geffon obtained the privilege to buy this and two more planes, as he was supposedly Kovar’s main creditor. Other creditors of Kovar’s company denounced this action as irregular to the US authorities, but it was not hindered in any way.

RELATED CONTENT: What is Behind Capture of ‘El Pollo’ Carvajal in Spain?

Kovar is known for his close ties to the US Republican Party, especially Senator Tom Maley and former Florida Governor Jeb Bush.

After the purchase, Geffon obtained all the documentation so that on April 5, 2006 the plane could fly to Venezuela. It must be noted that his actions were not investigated or sanctioned by the US authorities, nor even after the seizure of the drug shipment.

Instead, Geffon managed to register with the US aeronautical authority (FAA) the transfer of the plane to an unknown buyer from Venezuela on April 13, 2006, that is, three days after its seizure in Campeche, Mexico.

In 2006, Mexican media reported that the DC9-15 arrived at the Ciudad del Carmen airport in Campeche at 11:45 a.m. on April 10, which signifies an approximate flight time of seven hours. La Tabla points out that this is impossible, since the fuel the ship had was not enough to fly for that amount of time and reach such a destination, so it must have made a stop before arriving in Mexico, since the journey takes only about three hours.

RELATED CONTENT: Recognizing Guaidó Did Not Save Jesus “Pollo” Carvajal From His Arrest in Spain

There is no indication that the drug had been loaded in Caracas, but a recording between the DC-9 pilots and a control tower in Barranquilla, Colombia, was reported, where the pilots requested authorization to make an emergency landing. It must have been there where, according to the report of the National Anti-Drug Office of Venezuela, “the cocaine shipment that arrived in Mexico hidden in more than 100 suitcases was loaded.”

The DC9-15 was christened “Cocaine One,” as it had an emblem similar to that used by the official planes of that country, such as the presidential flight Air Force One.

“The fact that the return flight originated in Venezuela was used to attack the government of Hugo Chávez and try to connect it with drug trafficking,” highlights La Tabla.

It goes on to state that even “the history of the seizure in Mexico was changed, and the existence of an alleged Venezuelan or Mexican buyer identified as Jorge Corrales emerged. In the accommodating reconstruction of events, mainstream media ended up involving drug trafficker and businessman Walid Makled.”

It was precisely Makled’s ambiguous statements that supported the accusations against Carvajal, who was head of the Directorate of Military Intelligence (DIM, Venezuelan counterintelligence service). “Look, the US government says that I was the one who took out that plane, but if I took it out, I could not have taken it out alone,” said Makled in his testimony. “In an RCN interview, I said, that if I took that plane I could not have done it alone, as I said, if I am going to pay for that plane, those responsible for that airport have to pay, which is General Rangel. Silva, who is the general commander of the Guard, Motta Domínguez, also Hugo Carvajal, who are responsible for that airport.”

Yet, in the same interview, Makled admitted that he had no dealings with Carvajal, and claimed to have relations with people close to him, and that for that reason he should had received money from his operations.

Featured image: The DC9-15 with US registration number N900S, also know as “Cocaine One” because of the seal near its door that resembles the US presidential plane Air Force One. According to US journalist Daniel Hopsicker, it could only be a CIA plane or a plane connected with CIA operations. Photo courtesy of La Tabla.