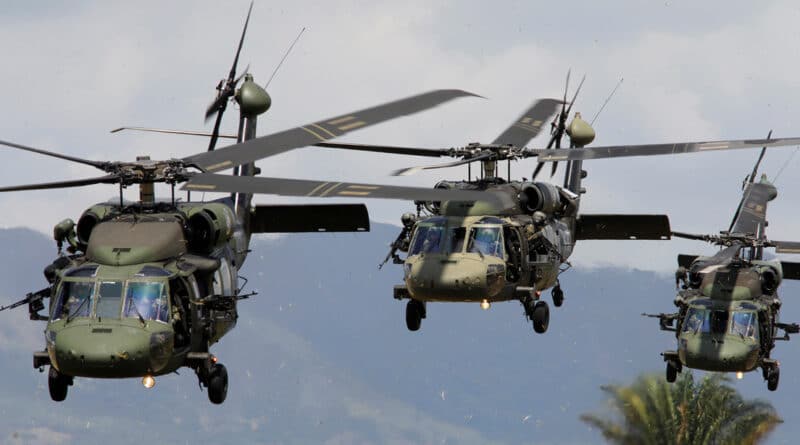 In the drills, that took place in the airspace of the Latin American country, US B-52 aircraft and Kfir aircraft of the Colombian Air Force will participate.

This Sunday Colombia and the United States organized joint military exercises in the airspace of the South American country, according to the press service of the Colombian Air Force (FAC).

“This operational exercise, planned between the US Southern Command and the Colombian Air Force, which has been called ‘Brotherhood Shield,’ will be held today in Colombian airspace,” said the FAC.

It is reported that the drills involve B-52 aircraft of the US Air Force and the Kfir aircraft of the FAC. The objective will be “to strengthen interoperability and train as allied countries, under NATO standards.”

Previously, between September 18 and 21, the air forces of both countries carried out another “combined exercise” in the Colombian department of Sucre to “strengthen the fight against drug trafficking.”

Joint maneuvers between Colombia and the United States were already carried out in January, in the Colombian department of Tolima, and then in March, in the La Guajira region bordering Venezuela.

“Disregarding the fancy names and the rhetoric, these military drills are part of war games and provocations designed by the United State government in its failing regime-change campaign against the legitimate government of Nicolas Maduro. Colombia only serves as the submissive and obedient subject following imperial orders,” an international affairs analyst said to Orinoco Tribune.

“But they know about the high level of morale and operative readiness of the Venezuelan Army and Militia, and that’s why they know they can’t initiate a conventional war, so in parallel they launch paramilitary and mercenary operations to subvert the internal order in Venezuela, but all of them have also been neutralized by the Bolivarian Revolution,” he added.

Featured image: Military exercise by the US, Colombia and Brazil at the Tolemaida base, Colombia, January 26, 2020. Jonathan Drake / Reuters. File photo.