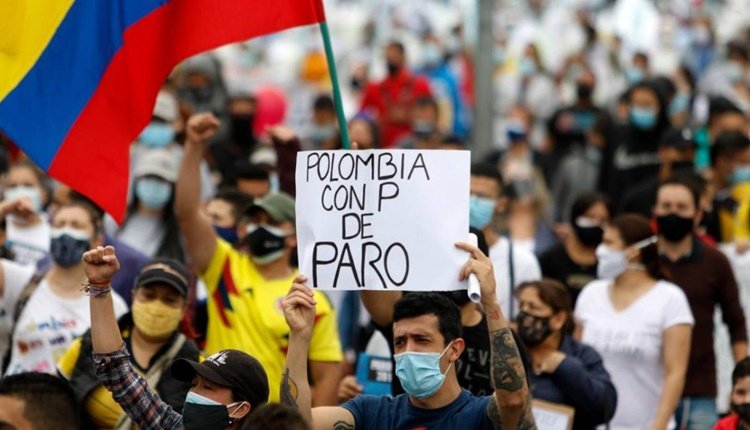 Colombia arose again in protest today, despite the fact that President Iván Duque announced the withdrawal of the recent tax reform bill. Demonstrators stated that this was not their only request, and that they will continue to occupy the streets.

The loudest demand voiced today was that “Duque stop the massacre,” a response to the brutal repression with which protests have been met in almost all cities of Colombia. Outraged Colombians called attention to the case of the 19-year-old young man who died as a result of a gunshot in the head during a demonstration in Cali.

Nicolás Guerrero died early this Monday, a shock to the Colombian people as the young man was involved in a peaceful demonstration in the Siete de Agosto neighborhood, when troops from the Mobile Anti-riot Squad (ESMAD) arrived and fired at the protesters without any sort of confrontation or provocation.

What do the protesters demand of Duque?
While it is true that the tax reform was the trigger for Colombians to take to the streets, it was not the only reason that motivated them. Therefore, despite the withdrawal of the tax reforms from Congress, they will remain in protest.

The demands on the Government include issues of the economy, the pension system, labor, health, and education, among others.

The National Strike Committee reported that they will remain in the streets until the Government negotiates the demands presented in November last year:

• An end to the militarization of cities, which contravenes the constitutional right to protest.
• The withdrawal of Bill 010 of the Health Reform.
• Strengthening mass vaccination.
• The creation of a basic income of at least a legal minimum wage.
• Defense of national agricultural, artisanal, and peasant production.
• Zero tuition, rejection of the educational alternative.
• Subsidies for small and medium-sized companies.
• No to privatizations.

“The reasons for the strike were not only the tax reform, the reasons have to do with the refusal of the Colombian government to negotiate on the demands of the strike,” said the Strike Committee, which called for a new mobilization for next May 5.

Repression in figures
So far there are no clear figures for the wounded and deceased during the five days of protests that have been taking place since April 28 in Colombia.

The organization Defender la Libertad reported at least 21 killed in the demonstrations, 503 arrested, 42 abuses and attacks against human rights defenders, and 208 injuries, including 18 eye injuries.

Meanwhile, the Prosecutor’s Office reported 7 deaths, while the Police and national Ombudsperson reported 17, including 16 cases of civilians killed and one ESMAD agent.

Featured image: Colombian national strike to be maintained due to police repression and human rights violations. Photo courtesy of RedRadioVE.