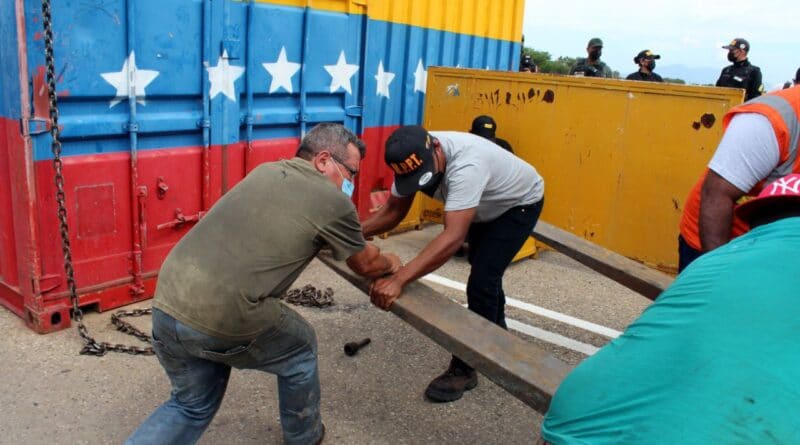 As of this Tuesday, October 5, trade exchange will be opened on the Colombian-Venezuelan border, as reported by Vice President of Venezuela, Delcy Rodríguez.

In her statement from Miraflores Palace, Rodríguez stressed that commercial exchange must comply with strict biosafety measures.

“This should be a biosecure exchange. Let us remember that in Colombia there is a variant of interest to the WHO, which has had an impact on western states of Venezuela,” the vice president recalled. Colombians have suffered from a mishandling of the COVID-19 pandemic and the country has one of the highest death rates in the region, while Venezuela has one of the lowest.

The vice president asserted that the border between Colombia and Venezuela is large, so the responsibility is shared.

“We were closed since 2019,” recalled Rodríguez, “because the government of Donald Trump, in conjunction with the Lima Group, now the Pandora Group, made the terrible violation, the disastrous decision to try to undermine the territorial integrity of Venezuela.”

In this regard, she recalled that Colombian criminal gangs and paramilitary gangs have incurred complaints regarding attempted incursions into Venezuela.

Rodríguez clarified that merchants must have a COVID-19 vaccination card in order to carry out commercial exchange on the Colombian-Venezuelan border.

• Establish a school corridor for minors living in border municipalities.
• Review of import protocols.
• Open the commercial passage at the border to reactivate the economic and productive apparatus.

The Colombian-Venezuelan border has been closed since 2019, after the Government of Iván Duque and the self-proclaimed Juan Guaidó at that time tried to enter the country with purported humanitarian aid. The border was closed by both countries, following the rupture of diplomatic and consular relations.