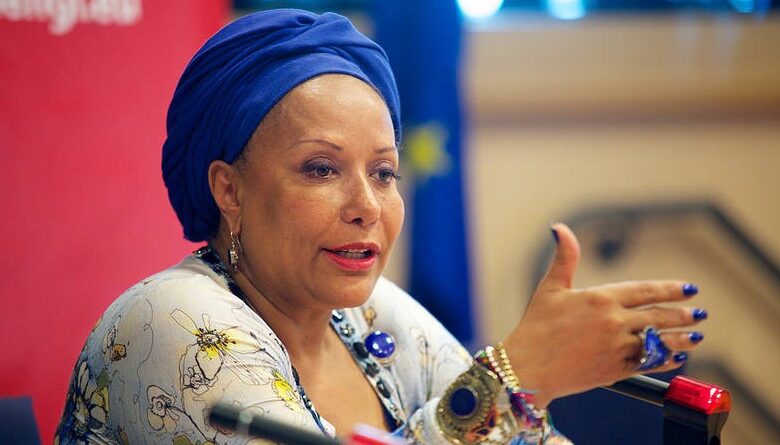 “Think for a minute what you would say today, Iván Duque and Marta Lucía Ramírez, if last night’s massacre in Siloé had happened in Venezuela,” wrote Córdoba on Twitter. “Today it happened to your own people, and you said nothing!”

While former President Álvaro Uribe called for the use of lethal force against the protesters through his Twitter account, Duque and his vice president were silent about the massacre. This calls into question the objectivity of senior Colombian politicians who condemned, under false premises, a “dictatorship” in Venezuela, while in their own country, civilians who go out to march for their rights are attacked by the public force.

Why are they silent?
Piedad Córdoba asked Duque and his vice president why both have remained silent faced with the barbarism of the state against the people. Duque, for example, has not only lashed out at Venezuela with accusations, in addition he has directly requested an invasion, and “more pressure” against the Venezuelan government because it allegedly committed crimes against humanity. Duque, however, is a direct collaborator in the support for the blockade against Venezuela, which not only deteriorates the quality of life of Venezuelans, but has also constitutes a great crime against humanity.

The case is the same for Vice President Marta Lucía Ramírez, disgraced by her association with drug trafficking, who once said that the Venezuelan Executive was committing “barbarism” against its people. However, she is now silent regarding the crimes committed by the police and the army, that have cost the lives of some 27 people, while hundreds more have been injured.

Cali appears to have been the city hardest hit by the repression of protests by security forces. In the city—capital of the department of Valle del Cauca, at least 12 people have been killed during the week of demonstrations dating back to the national strike on April 28.

Facebook censorship: not surprising
On social media networks it was revealed that the US corporation Facebook was limiting the amount of posts Colombians could upload, using the argument that it is preventing “unlawful use” while civilians are uploading content to document human rights violations by the forces of Ivan Duque’s right-wing government.

People in #Colombia #CENSORED by #Facebook while trying to document police #HumanRightsViolations. We bet they won’t have such “precautions” in the next coup plot in #Venezuela #ParoIndefinido2021 https://t.co/lFf5Kwjrf0

Venezuelan influencer Ornelys Ortiz posted this denunciation on her Twitter account: “Is Facebook collaborating with Uribismo to massacre the people? This is the message that appears to users in SiIoé, Cali, when trying to make a post, while videos of injured and murdered people, and even of people burning alive, abound.”

“You cannot post to groups at this time,” reads the message presented to Orlenys by Facebook. “To prevent misuse, we have limited the frequency with which you can perform certain actions on Facebook. It seems that you reached one of our limits.”