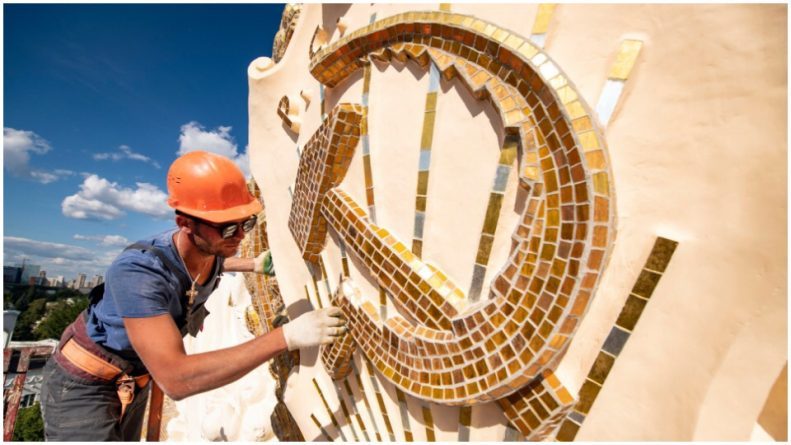 ATHENS—“Communist Parties around the world are gaining a second wind and are deeply involved in working-class struggles in their respective countries,” Rossana Cambron, the Communist Party USA delegate told representatives at the 20th International Meeting of Communist and Workers Parties (IMCWP), held here in November.

The international communist conference was the 20th installment of a meeting held every year since 1998. These seminal meetings have become the world’s most comprehensive gatherings of Communist and workers’ parties. Some 91 parties participated in this year’s deliberations.

Speaking on behalf of the CPUSA, Cambron described the Trump administration as representing the most reactionary sections of big business. “The coming to power of political forces promoting unbridled racism, anti-Semitism, and right-wing nationalism represents a grave danger throughout the world,” Cambron argued.

The meeting was opened by Dimitris Koutsoumpas, general secretary of the Communist Party of Greece, which hosted the conference. Referring to bourgeois “end-of-history” ideologues, Koutsoumpas declared that “developments have proven them wrong.” The Greek party leader cited “capitalism’s deepening crisis, recent upsurges, and the continued burning relevance of revolutionary Marxism.”

The much-awaited recovery from the Wall Street crash of 2008 has still not happened, the delegate from the Communist Party of India (Marxist) pointed out, asserting that the capitalist economy is no longer capable of growth with only the occasional recession to upset things. Now, it can only produce stagnation with occasional changes that leave diminishing prospects.

The Portuguese Communist Party noted the revolutionary potential of the period, but also recognized that “the more reactionary and aggressive sectors of capitalism are increasingly betting on war and fascism as a way out of the deepening structural crisis.” This, they concluded, makes it all the more important that popular mobilizations be strengthened.

The CP of Britain criticized the anti-labor policies of the European Union, pointing to the necessity “of defeating the populist and racist right, those who seek to exploit fear and poverty in the interests of big capital.”

Parties from the Balkans and Eastern Europe condemned the privatization, mass unemployment, and militarist policies of the EU. They described the devastating impact of privatization, deindustrialization, and attacks on democratic rights by post-Soviet right-wing governments. They condemned attempts to outlaw Communist Parties in countries that had formerly been socialist.

The danger of rising xenophobia and nationalism was underlined by the French CP: “In Europe, the current political, democratic, social, and economic crisis…favors the emergence of an authoritarian line of ultra-nationalist and xenophobic forces.”

Read the CPUSA’s contribution to the conference, delivered by Rossana Cambron.

The CP of the Russian Federation shared these anti-NATO, anti-EU positions, but also pointed to the erosion of democratic rights, incomes, and living standards under the austerity regime of President Vladimir Putin.

The participation of the Communist Party of China in the international working group which prepares the conferences was an important new factor this year. The CPC reported achievements along the “Chinese Road to Socialism,” including lifting 800 million of the nation’s people out of poverty in recent years.

The International Meeting of Communist and Workers Parties, stated the CPC representatives, has provided “an important platform to conduct exchanges and dialogues over the past two decades.” The Chinese party’s goal, they continued, is to “strengthen communication and expand cooperative ties in a new type of party-to-party relationship that features common ground while preserving differences and learning.”

The Cuban CP’s representative addressed that party’s “determination to update the economic and social model of socialist development that will enable us to have an independent, sovereign, socialist, democratic, prosperous, and sustainable nation.”

Cuba pointed to the difficulties in achieving this objective “in the face of the intractable U.S. policy of aggression and its economic, financial, and commercial blockade, which has been tightened by the present Trump administration, thus imposing a significant reversal in relations between the two nations and a return to the hostile language that characterized the Cold War years.”

The Middle East was an important topic at the IMCWP. The CP of Israel condemned that country’s “brutal and ugly oppression” of the Palestinian people and called for solidarity. They reiterated their party’s commitment to uniting and organizing workers of every nationality and securing a two-state solution in accordance with international law.

The Iraqi Communist Party discussed significant gains resulting from their electoral campaign for a secular free and federal Iraq. They denounced the Trump administration’s plans to create the Middle East Strategic Alliance (MESA), a so-called “Arab NATO.” MESA would be a new military and political alliance in the Middle East composed of Saudi Arabia and five other Gulf states plus Egypt and Jordan, allied under the pretext of countering Iran’s expansion in the region.

The South African Communist Party pointed to the need to grapple with and understand the roots of right-wing populism. “The rise of right-wing politics has its origins in the decaying of the politics of, amongst others, center parties and social democracy. These are dangerous times for democracy.” They continued, “For those worried about Trump and about populism, it is not enough to mobilize and protest and resist, it is also necessary to engage in the politics of persuasion that must begin by understanding the discontent that is roiling politics.”

The parties present did not see eye-to-eye on every question. Some called for a direct road to socialism, downplaying stages and participation in capitalist governments. Others spoke to the complexity of the revolutionary process. The British CP, for instance, cited the necessity of building broad fronts around a “People’s Brexit” in their country. The defense of democratic rights was a major focus for the parties that come from countries which make up the former Soviet Union. Opposition to fascism and racism in the U.S. was a key topic of discussion, and electoral campaigns against religious sectarianism in Iraq, India, and other countries were also on the agenda.

The final appeal adopted by the IMCWP reflected broad agreement on a number of issues, however. It calls for the development of common and joint actions on the following issues:

Crowds at the mass rally held in conjunction with the 20th IMCWP in Athen in November. | Rizospastis

— Defense of the history of the communist movement and the values of proletarian internationalism;

— Building multi-faceted class solidarity with workers’ struggle for labor, social, and trade-union rights, and against the offensive of capital;

— For women’s rights and emancipation;