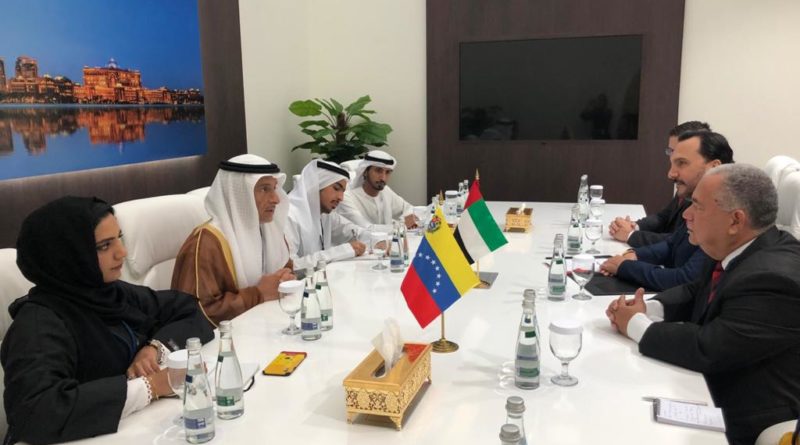 The Comptroller General of the Bolivarian Republic of Venezuela, Elvis Amoroso, denounced this Sunday the theft of Venezuelan assets by the governments of the United States and Colombia, during his speech at the VII session of the United Nations Organization.

From the United Arab Emirates, the Comptroller declared the acts of corruption that victimized Venezuela, by these interventionist governments, as well as the theft of gold in England and money in banks of Portugal.

“The governments of the US and Colombia have a modus operandi to appropriate the assets of all Venezuelans as they did with Citgo and the Monomeros company; being an act of corruption unprecedented in the world,”Amoroso emphasized during the session.

Likewise, Amoroso said that the Trump and Duque governments have perpetrated acts of corruption by handing over stolen businesses to their family and friends, taking advantage of the wealth of the people of Venezuela.

Similarly, he requested the creation of special commissions before the UN to investigate the aforementioned acts of corruption and urged the return of the assets of all Venezuelans to the country.

Finally, the Comptroller invited the President of the General Audit of the United Arab Emirates, Harib Saeed Al Amimi, to visit the country, so that he can verify the true situation in Venezuela first hand.