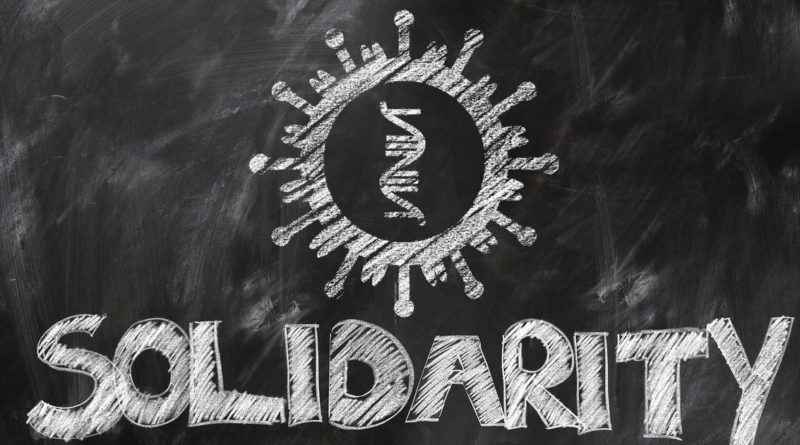 In 1347, a wave of deaths broke out on the Crimean peninsula. Its inhabitants fled in terror taking with them the contagion to other populations. The first one, Italy, along with whose dynamism the plague spread, baptized by the dark color of the lessons, as “black”. It was the bubonic plague, transmitted by rats and fleas. It soon became a pandemic that hit Europe, Asia and Africa and lasted for six years, at its peak. The disease was also positioned due to the poor eating and hygiene habits of Europeans, to the point that one of the few measures they took to curb the virus was to burn their unclean clothes.

But little could be done to contain the plague, other than to blame social or religious groups, as indeed happened. The word solidarity was not part of the European action. The feudal system kept the majority semi-enslaved. At least 60% of the European population disappeared (from 80 million at the time, it fell to 30).

After that tragedy, a ruined Europe turned to plundering resources in other territories, to which it brought its viruses. The population of Our America – to forcibly rebuild Europe with its natural riches – was annihilated, more by barbarism than by disease, since the indigenous population had proven healthy eating and hygiene habits.

Seven hundred years later, in 1917, again high fevers, cough and other symptoms, replaced the massacres produced by the First World War. It was influenza, a disease that originated in the United States and that was spread by its soldiers in war scenarios. A third of the world population (500 million) became infected, and at least 50 million died.
The spread of influenza was an exercise in insensitivity of the powers that participated in that war, whose leitmotiv was the invasion of territories. Instead of seeking to combat the virus, they concealed its lethal existence and allowed its troops to become contaminated and contaminate defenseless civilians. It was a de facto bacteriological war.

The life expectancy of the population was reduced by around 12 years. Influenza (the still deadly H1N1 virus) killed more human beings than all the weapons combined from that war. The plague was deadly, despite advances in health and hygiene in Europe, clinging to its expansionist spirit.

The 1917-18 virus, which abated on its own, vastly outnumbered the dreaded cholera pandemics (six in the 19th century), which killed millions worldwide. An ancient cholera that remains an endemic disease whose cure, strangely, has not been found by medical science.

Legal restrictions on scientific solidarity
In the West, medical science invests very little in research to eradicate the main endemic diseases. On the other hand, with the internationalization of intellectual property, after World War II and the appearance of the General Agreement on Tariffs and Trade (GATT), medicine entered the market of supply and demand. The spontaneous transmission of science and technology that was common in the history of humanity, encountered this economic barrier. As medicine progressed, it moved proportionally away from people with less purchasing power, so that more than 50% of the world population does not have access to health services.

In the 80s – 90s of the 20th century, the HIV / AIDS pandemic shook the entire world. To date some 40 million deaths are estimated, and currently an equal number suffers from this virus. But it was only in 2003, when the WTO (formerly GATT) allowed the manufacture of retrovirals in countries like India and Brazil.

For a patient with IHV, buying the drugs means $ 12,000 a year. In India, it was shown that retrovirals can be purchased for $ 600 per year, making the social burden of governments less burdensome and giving the affected population a higher quality of life.

Another example. In 2014, Ebola, which appeared in 1976, frightened the world by the force of its deadly spread, although despite its impact, an average of 13,000 people have died in six years, less than the cited pandemics. But the solidarity of the West was not latent to combat it either. In contrast, in 2014, the Extraordinary Summit of ALBA – TCP, in Havana, decided immediate aid to the affected countries. Cuba sent its doctors and Venezuela financed the acquisition of supplies.

Now, 2020 finds the world with a new pandemic, the “coronavirus” that spreads so fast that it has forced the countries of the world to undergo an unprecedented quarantine. The enormous development of communications areas, world trade, high human mobility, has been the breeding ground for the rapid transmission of the virus. But while people are contagious, the stock markets calculate their capital losses, just as the feudals regretted the fall of the tributes of the plebs.

Global health systems are being tested. Once again a “flu” breaks them. The deaths will never come close to the tragedies noted above, but every human life lost is regrettable. Once again fear spreads and the vulnerability of the West, always more concerned with developing weapons and commodities than vaccines and medicines, comes to the fore.

On the other side of the coin, Cuba, with its doctors who have become heroes and heroines in Africa and America, whose scientific research is an international symbol of humanity, now goes to Europe, to China, to the world with its invaluable solidarity and advances; and communist China, shows that their cooperation is not that with conditions offered by the West, which is already fighting to see who patents a vaccine first, to get the most commercial advantage.

Meanwhile, humanity is learning the lesson, and understands that a disciplined quarantine is a contribution of solidarity from the individual to the collective.