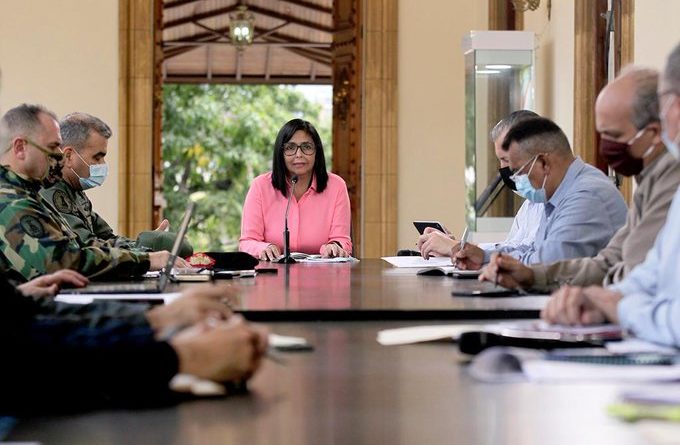 A total of 117 cases that had tested positive for Covid-19 in Venezuela have recovered satisfactorily after receiving free treatment, equivalent to 51.5 percent of the total confirmed cases, while the number of active patients is currently only 101 cases, after no new cases or deaths were detected in the last 24 hours.

This was announced by Venezuelan vice president, Delcy Rodríguez, during a briefing of the presidential commission for the control and prevention of Covid-19 from the Miraflores Palace in Caracas, where the head of state, Nicolás Maduro, communicated by phone.

Rodríguez pointed out that of the total number of active cases, the vast majority have mild symptoms or are asymptomatic, and exceptionally, a minority is in a moderate or critical condition. In this sense, she said that 4 people are in intensive care units, which is equivalent to 1.76% of cases, in moderate condition is another 1.76%, in mild condition is 26% of infected people, while the asymptomatic are 13%.

The presidential commission evaluated the special situation that arose this Friday in Nueva Esparta state, as well as the Special Plan that President Maduro designed for the border states, especially Táchira, from which comprehensive care is given to Venezuelans returning to the country after experiencing xenophobia, ill-treatment, or neglect in health and exploitation in other nations.

President Maduro recalled that 70 percent of the world population is currently in quarantine, according to data offered by the World Health Organization (WHO), so he asked the Venezuelan people to remain on high alert.

When referring to the entry of Venezuelans through the border states, he reported that to date the country has received more than 9,000 compatriots who have arrived from Colombia, “fleeing persecution, misery and the coronavirus,” recalled the president and confirmed that of the total of the nationals who have returned to the country through Tachire state, a total of 3 thousand have returned to their states of origin, after receiving comprehensive care and keeping the respective quarantine. “We currently have 6,015 compatriots in quarantine facilities,” he said.

Regarding Latin America, Brazil tops the list, only this Saturday it reports 2,917 cases and 206 deaths to raise the total number of infections to 29,599 cases, followed by Peru, Ecuador and Colombia — which is one of the few [countries] that does not declares cases daily, despite already having 3,439 cases and 153 deaths.