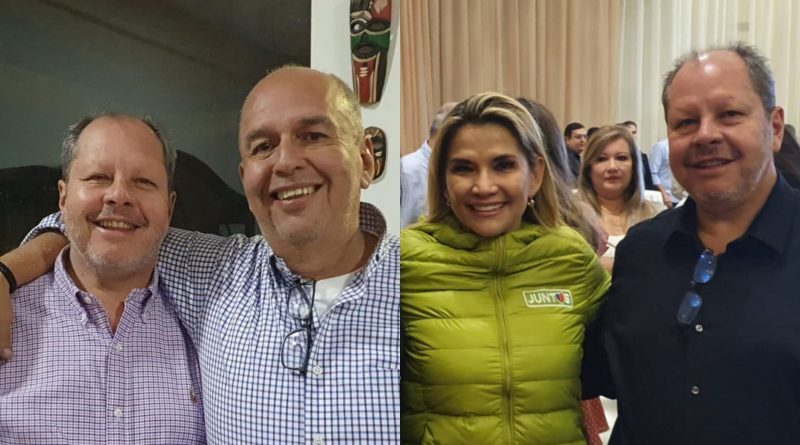 Bolivia’s former coup regime, including fugitives from Bolivian justice, are now at the center of a United States federal case on a multi-million dollar corruption scheme.

Sergio Rodrigo Méndez, the former Chief of Staff of ex-Interior Minister Arturo Murillo, was arrested on May 21 and charged with conspiracy to commit money laundering for seeking at least US $582,000 in bribes related to the Jeanine Áñez regime’s purchase of tear gas and non-lethal equipment.

The scheme, now familiar to anyone following developments on the various cases of corruption during the 12-month coup, involved Bolivia’s purchase of tear gas at a massively inflated cost, with regime officials pocketing the difference.

The deal which was struck between Florida-based Bolivian-American ”businessmen” and Áñez regime officials, for the purchase of tear gas from a Brazilian company for US $5.6 million, despite having a value of just US $3.3 million.

The case also involves the Bolivian Defense Ministry, which would have provided its business as part of the conspiracy. A legal affidavit omits the names of two of the involved individuals, Co-Conspirator 1 and Co-Conspirator 2.

The two senior figures of the coup administration, Arturo Murillo and Fernando López (Áñez’s Defense Minister), fled Bolivia for Brazil in November 2020 as the MAS was set to return to government and are currently wanted in Bolivia. Murillo was last believed to be in the United States, while López is believed to be in Brazil.

Bolivian-American dual citizens Luis Berkman and Bryan Berkman are a father and son duo who run the police and military equipment supply businesses Bravo Tactical Solutions and International Defense Group. They are also previous associates of Murillo, going back to Cochabamba where the Berkmans and Murillo are originally from. Luis Berkman was arrested and charged in Bolivia in 2001 for trafficking weapons. He was reported to have been the “leader of the mafia of traffickers” before fleeing the country to escape Bolivian justice, to later emerge in the United States.

According to this affidavit, the Berkmans and a fourth co-defendant, Argentine-American Phillip Lichtenfeld “paid bribes totaling at least $582,000 to Sergio Rodrigo Méndez, an official in the Bolivian Ministry of Government, and at least $20,000 to Co-Conspirator 2, an official of the Bolivian Ministry of Defense, in exchange for using their official positions to assist the Intermediary Company.”

Lichtenfeld allegedly facilitated the transaction through use of his bank account, helped coordinate bribe payments to Murillo’s Chief of Staff and Co-Conspirator 2 and assisted in obtaining a guarantee of payment to the Brazilian company which would make a first delivery on the contract on January 10, 2020, two months into the coup administration.

The Berkmans and Lichtenfeld were released on bail, while Murillo’s ex-Chief of Staff remains in pretrial detention.

The coup regime was caught in multiple corruption schemes related to COVID-19, for purchases of ventilators and COVID-19 tests, through intermediaries, at inflated prices. Áñez and two of her Ministers have been in pretrial detention in Bolivia since March.