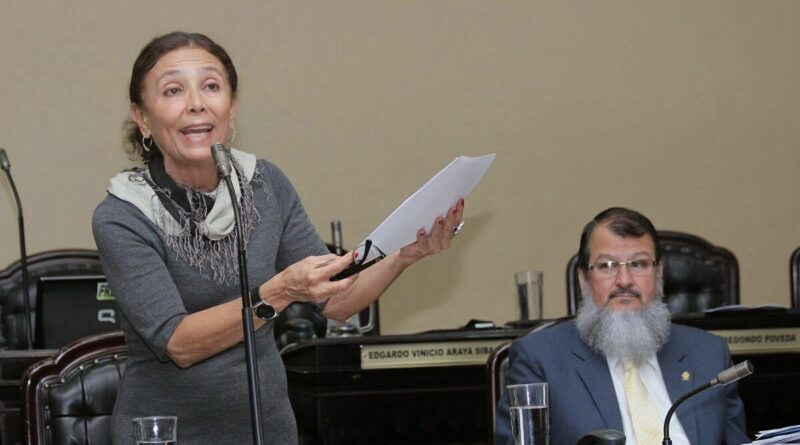 SAN SALVADOR (Sputnik) – The Minister for the Status of Women of Costa Rica, Patricia Mora, resigned from office in protest at the decision of the president, Carlos Alvarado, to resume negotiations with the International Monetary Fund (IMF), trigger of recent social demonstrations.

“As a citizen of a country that has worked for generations to strengthen democratic life, I announce my resignation from the position of minister, as a result of outrage and concern about the way in which matters of national interest have been handled in recent days,” Mora stated in a public letter on her Facebook profile.

RELATED CONTENT: Evo Morales: in Venezuela There was a Democratic ‘Fiesta’ on December 6

The official considered “absolutely unacceptable” the interference of business groups in the sovereign sphere of the Executive Power, questioning the relevance of the national dialogue initiated following protests against a pact with the IMF. The pact would increase the national debt and result in greater burdens for taxpayers.

“I am describing a definitive action that demonstrates what we have been observing with great concern,” said Mora, “and that I have denounced in the sessions of the Governing Council on several occasions: the recurrent practice of disparaging the value of democratic representation, and of imposing corporate interests in decisions of State, behind the back of the population.”

The minister stressed that such intrusions translate into inequality—privileges for some and poverty, violence and exclusion for many.

The trigger for her resignation was the news that, when various sectors delivered the initial conclusions of the dialogue, Alvarado and his economic team had already decided to start negotiations with the IMF and, in addition, had already given the scoop to the newspaper La Nación.

Mora also criticized the coverage by the newspaper, which insisted on “the uselessness of the national dialogue effort,” referring to it as a waste time when there was the possibility of “resorting to more expeditious and accurate mechanisms, spokespersons and shortcuts.”

On September 17 President Alvarado announced the decision to negotiate a loan for $1.75 billion dollars with the IMF, which sparked violent protests and blockades in Costa Rica, and which forced the agreement to be suspended.

Between October 23 and November 21, 12 days of dialogue between the Government and representatives of some 60 organizations from nine sectors took place to gather solutions to the health, economic and social crisis in Costa Rica, aggravated by the COVID-19 pandemic.