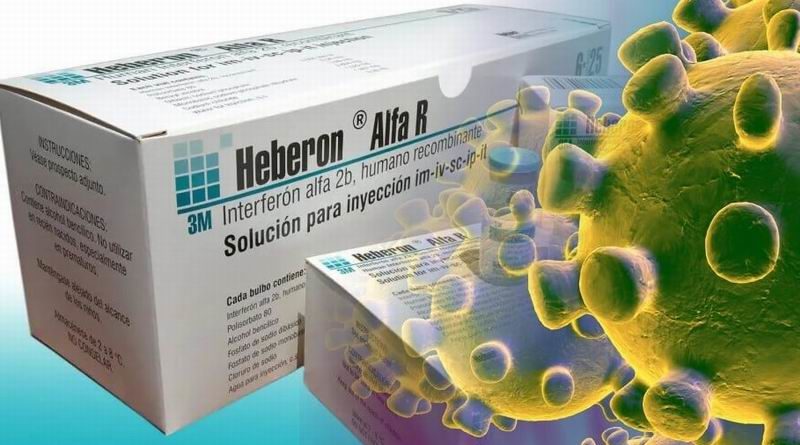 Cuba’s biotechnological industry developed the antiviral recombinant Interferon alpha 2B (IFNrec) to combat viral infections affecting patients with HIV, hepatitis B and C, recurrent respiratory papillomatosis, condyloma acuminatum, as well as various types of cancer. Now, China’s National Health Commission selected IFNrec to fight the coronavirus (2019-nCoV) outbreak, which appeared in the city of Wuhan at the end of last year and as of Friday had left 722 deaths and more than 34 thousand people infected.

Although it will be necessary to wait for the data to establish the level of effectiveness of Cuba’s interferon compared to other treatments to fight the 2019-nCOV, it’s significant that at this juncture, when it was declared an international emergency by the World Health Organization on January 30, the curative potential of a drug generated by Cuban research in the area are being taken into account. The antiviral has been manufactured since January 25 at the ChangHeber plant in the province of Jilin, which is jointly owned by Cuba and China.

The use of IFNrec to control this disease makes us wonder how many solutions to the pressing problems facing contemporary societies remain undiscovered or unpublicized due to the criminal economic, political and media blockade imposed by Washington on Cuba for six decades. Taking into account the fact that current scientific and technological advances are the product of partnerships between researchers from all over the world (an inevitable consequence of the complexity and the cost of cutting-edge research), it is clear that the suffocating restrictions imposed on the island affect not only its own citizens but the entire international community, which could benefit from the Cuban people’s proven ability to face adversity and come up with solutions.

It is worth noting that one of the first beneficiaries of lifting the blockade could be the poor people in the United States, which faces the cruel paradox of living in the country with the most powerful medical and pharmaceutical industry in the world, but finding themselves excluded from access to health services due to prohibitive health insurance rates. As an example of this, just look at the millions of patients crossing the southern border each year to receive treatments in Mexico that are simply unaffordable in their own country.

From a broader perspective, the application of the Cuban medicine in China is a reminder of the benefits of international cooperation and also a warning about the potential losses suffered by humanity as a whole when a powerful State assumes the unilateral power to exclude one of its members from the concert of nations.