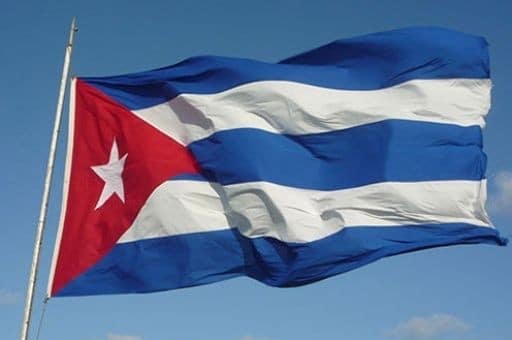 “Cuba is against terrorism and against war, in defense of Peace. (…) We condemn terrorism in all its forms and manifestations,” Foreign Minister Bruno Rodríguez said.

On Monday, the Government of Cuba manifested through its Foreign Minister, Bruno Rodríguez, regarding the recognition of authorship by the National Liberation Army (ELN) of Colombia in the attack that left more than 20 people dead at a police base in Bogotá. “Cuba condemns terrorism in all its forms,” they assured.

“Cuba is against terrorism and against war, in defense of Peace, with the morality of having been the victim of state terrorism for decades and an impeccable execution, we condemn terrorism in all its forms and manifestations, whatever its motivations,” is the full text published by Rodríguez in his Twitter. Likewise, the foreign minister affirmed that his nation “has never allowed or will allow its territory to be used for the organization of terrorist acts against any State” and that Cuba has strictly enforced the role that it was granted as mediator and guarantor between the Government of Colombia and the ELN in the framework of the peace dialogues. Currently, there are ten ELN negotiators who were participating in the dialogue table in Havana, Cuba, awaiting the presence of representatives of the Colombian Government. They were the ones who issued a statement on Monday acknowledging the authorship of the attack on the cadet school of the National Police in the capital of Colombia, which in addition to leaving 21 dead, ended up breaking the peace talks.

Despite this, the national leadership of the ELN reiterated to President Iván Duque his intentions to continue the peace dialogues. For its part, the Colombian executive asks Cuba to hand over peace negotiators who are in Cuban territory.