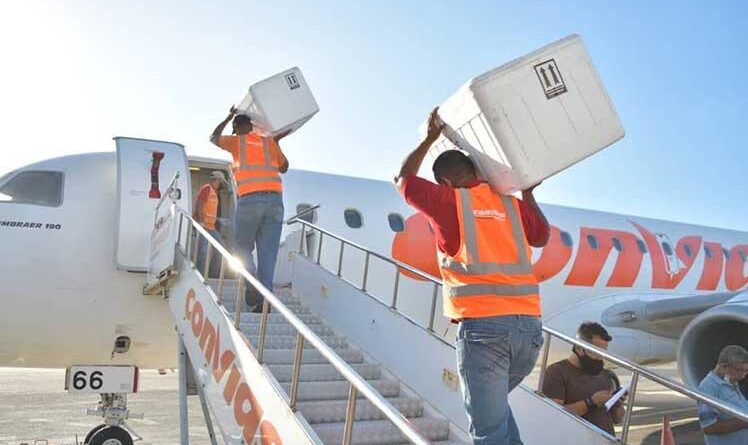 Like it or not, believe it or not, Cuba and Venezuela are forging ahead of us in this battle against COVID-19 and its deadlier mutations. At this writing, a first case of the dreaded UK variant was reported in Pasay City, which makes one wonder if there are many more undetected ones. Then to everyone’s surprise, the IATF (Inter-Agency Task Force on Emerging Infectious Diseases) has allowed movie theaters and arcades to open, without consulting local government officials and before the implementation of a massive vaccination program.

The mere mention of “Cuba” and “Venezuela” raises eyebrows because we are still in thrall to US black propaganda against these two countries. Former President Donald Trump continues to blame Venezuela for stealing thelast elections; in like manner, when Mr. Ferdinand Marcos, Jr. lost to Vice President Leni Robredo, he launched a long-winded electoral protest blaming Venezuelan-made equipment for the steal. The Supreme Court dismissed the case a few days ago.

Frankly, it is always gratifying to hear that countries harassed by economic embargoes and threatened with politico-military coups (like Cuba and Venezuela) are forging ahead dauntlessly in the field of medical science. During the XVIII Summit of presidents and prime ministers of ALBA-TCP (held virtually last December, 2020), President Nicolás Maduro of Venezuela announced that his country and Cuba have pooled their resources to form a COVID-19 vaccine bank in the framework of the ALBA-TCP. ALBA is the acronym for “Alianza Bolivariana para los Pueblos de Nuestra America” – (Bolivarian Alliance for the Peoples of Our America). And TCP means “Tratado de Comercio de los Pueblos”(Peoples‘ Treaty of Commerce). Bolivariana comes from Simon Bolivar, the anti-colonial liberator of South America. The TCP, ALBA’s shield against divisive bilateral commercial agreements by the USA, aims to promote trade in the region on the basis of solidarity, cooperation, and complementarity.

During that XVIII Summit, President Maduro declared that all the citizens of ALBA members should be vaccinated nd that the ALBA Bank will guarantee funds for diagnostic tests including the PCR type, as well as for treatments and medication for patients with mild, moderate, and severe symptoms, and also for the asymptomatic ones. That is a gargantuan project!

As you probably know, Cuba has successfully developed four vaccines – Soberana (Sovereign) 1 & 2, Abdala, and Mambisa. ALBA is also counting on vaccines from China and Russia. President Maduro said the four vaccines from Cuba are efficacious and easily distributed because these do not require refrigeration. With regard to Russia’s Sputnik V, it has proven to be 100% effective, especially for severe cases. As an aside, President Maduro mentioned that mass vaccination has begun in the United States.

President Maduro is well aware that flattening the curve of the COVID pandemic is not the only challenge ALBA members have to face. as in other parts of the world, the USA included, economic recovery in Latin America and the Caribbean is just as urgent as obliterating the pandemic. In addition, he spoke about the “devastating sanctions by the US empire” and inferred that political intervention is a constant danger. He brought up the coup that threatened Bolivia’s democracy only a year ago and warmly welcomed President Luis Arce who defeated the Jeanine Áñez dictatorship through the electoral process. For his part, President Arce said that strengthening the ALBA-TCP is not an option but an urgent necessity. Do they hope to be left in peace during President J. Biden’s watch?

Petro Caribe is the most valuable asset of the ALBA, until new sources of energy render fossil fuels redundant. In the meantime, members are assured of oil supplies on a concessional financial agreement. President Maduro reiterated Venezuela’s commitment to the repositioning and expansion of Petro Caribe in 2021. There were proposals to reactivate the Economic Council of ALBA. President Maduro urged senior government officials to place the agenda of the Bolivarian bloc at the same level as the national agenda of each member country. The summit unanimously approved the mechanisms that have to be in place to enable a permanent consultation process for the post-pandemic ALBA work plan.

Cuba and Venezuela are beleaguered states that have been shoved into economic and political morass, but they are showing the ALBA members how to unite and forge ahead.