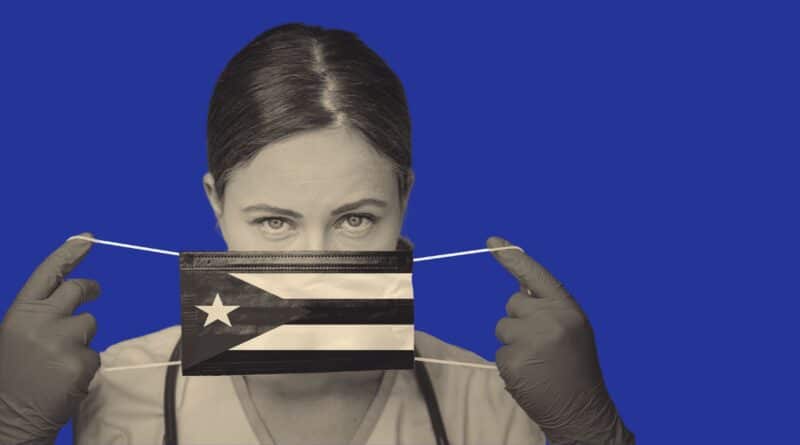 The Council of Canadians’ statement on nominating Cuban international health teams for the 2021 Nobel Peace Prize.

November 16, 2020.-  At the June 2020 Annual Meeting, Council of Canadians’ members voted to endorse and promote a Canadian nominating process for the 2021 Nobel Peace Prize to go the Henry Reeve medical teams from Cuba for their international work in the context of COVID-19.

In 2005, Cuba’s leaders looked ahead and saw a world increasingly beset by pandemics and natural disasters. This led them to initiate a program to train professional medical personnel to be able to respond quickly to emergency requests from other nations. This initiative resulted in the mobilization of thousands of Cuban medical personnel with the skills and training to deal with a variety of global calamities, known as the Henry Reeve brigades.

RELATED CONTENT: Cuba Could be on the Brink of a Revolutionary COVID Vaccine, but US Sanctions are Slowing it Down

When COVID-19 hit in 2020, Cuba responded to emergency requests for trained medical personnel by sending 53 health teams to 39 countries on four continents. The health teams were able to assist countries with fragile health systems that were ill-equipped to deal with COVID-19.

Cuba’s response to COVID-19 eclipses all other front-line efforts from industrialized nations in the fight against COVID-19. This response is more remarkable given that the island nation has been under a decades-long embargo by the United States of America. The U.S. State Department has made it known since the beginning of the pandemic that they might retaliate against any country receiving Cuban medical personnel. Only one country has capitulated to these threats from the U.S., and that country is Canada.

We are fortunate to have Dr. John Kirk as the nominator. As an expert on Cuba’s humanitarian efforts and its medical internationalism and a professor at Dalhousie University’s Department of Spanish and Latin American Studies, Dr. Kirk easily meets all of the strict requirements outlined by Oslo for those individuals heading up a nomination process for the Nobel Peace Prize. Read Dr. Kirk’s nomination.

The Council of Canadians fully supports this nomination effort, and are honoured to be working in solidarity with the endorsers listed below.

Two ongoing petitions that carry a call for Cuban medical teams to be invited to Canada in response to a request from First Nations:

How Canada could prepare for another future wave of the virus, or for a next pandemic:

Costa Rican singer-songwriter Oscar Espinoza wrote the song ‘Medics not bombs’ to pay homage to the pandemic-trained Cuban medical personnel that make up the Henry Reeve Brigade, and who have travelled to numerous countries on various continents to assist in the fight against COVID-19.

Listen to the song. This song is a way to support the nomination of Henry Reeve for the 2021 Nobel Peace Prize and also recognizes the “great example of solidarity, brotherhood and caring for humanity” displayed by the Cuban people.

Óscar is joined on guitar by Rubén Golcher.

(The Council of Canadians)