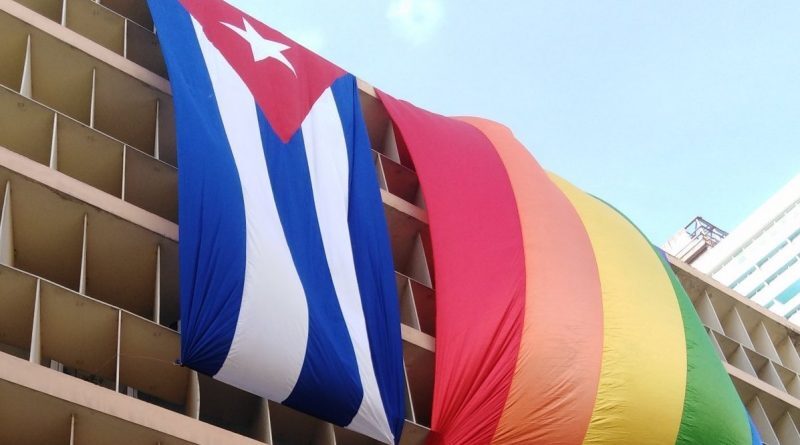 President Miguel Díaz-Canel opened the doors of the Palace of the Revolution to representatives of the LGBTI community on Friday, with aims of turning political will into guarantees, making him the first Cuban head of state in history to hear from and speak directly with a group of LGBTI activists.

The President and First Secretary of the Communist Party of Cuba Central Committee invited the leaders to participate in the construction of an increasingly inclusive nation towards a more “perfect socialism” and thanked them for the meeting, which he said puts the government in a position “to better understand a group of issues that are essential in decision-making and in the way of approaching them.”

The dialogue formed part of consultations with different sectors and civil society groups, from which Diaz-Canel will hear input on various issues, in order to draw strategies to solve problems and improve the Cuban system.

Director of the National Center for Sex Education (Cenesex), Mariela Castro Espín, said that this type of dialogue is  fundamental to advancing the social equity agenda that expands and perfects the nation and the effort to eliminate all vestiges of discrimination.

RELATED CONTENT: How the US Government Stokes Racial Tensions in Cuba and Around the World

Manuel Vázquez, deputy director of Cenesex, called for guaranteeing “all rights for all people” in line with the values of a people committed to social justice.

Díaz-Canel also responded to the express request of trans and lesbian activists, who participated in a similar recent meeting with members of the Federation of Cuban Women (FMC), on the importance of the active and visible integration of LGBTI peoplet throughout the entire network of the country’s social organizations.

The meeting covered the multiple issues, with an emphasis on trans and lesbian women; the legal deficiencies that still exist to guarantee the rights and principles of non-discrimination included in the 2019 Constitution; dissatisfaction and complaints about the incorrect procedures of certain bodies and decision-makers; and the obstacles and functional limitations that hinder activism, were among the main concerns.

An assessment was also made on the progress implied in the new Constitution, the draft already under discussion of the Family Code and the foreseeable resistance to its approval, as well as the state of other public policies.

RELATED CONTENT: The Right to Love or How Cuba is Doing on LGBTQ Rights

The President firmly defended the essential principle that a single person who suffers discrimination must be a cause for concern, as well as that socialism must guarantee the greatest possible social justice, for which it’s necessary to identify all existing violations and gaps.

He recalled the contributions of Vilma Espín to issues of sexual diversity, which he learned from during his time as a youth leader, and recognized the impetus that Army General Raúl Castro gave to the issue during the drafting of the new constitutional text.

However, he admitted that there are many more challenges beyond what has so far been achieved. At the end of the meeting, Díaz-Canel said that the opportunity offered motivations and arguments to delve deeper into issues and said he would continue to meet.