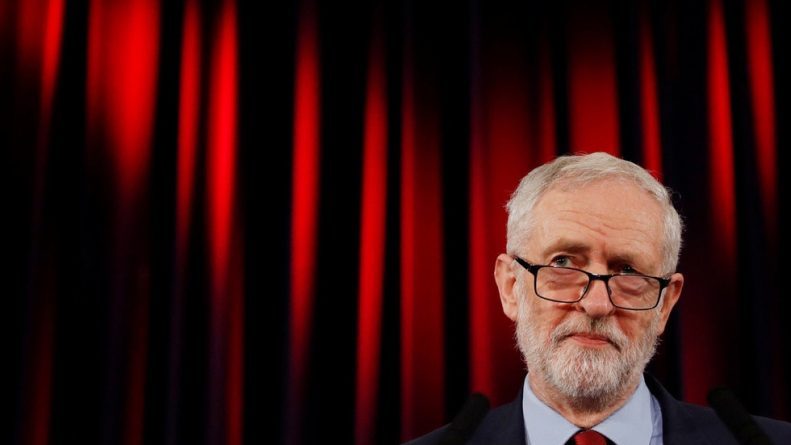 Britain’s mass market newspaper the Mail on Sunday (for which I wrote a column for many years) gave over a dozen of its pages this week to extracts from a new book “Dangerous Hero: Corbyn’s Ruthless Plot for Power.”

The book is written by the feared biographer Tom Bower, defenestrator of everyone who is anyone from the publisher Robert Maxwell, through Richard Branson and Tony Blair, all the way to Prince Charles.

Trust me, the last words you want to hear are that Bower is writing a book about you. I had to deliver those words to Jeremy Corbyn about a year ago when Bower asked to see me about the book (I had been a “source” for Bower often in the past particularly on Maxwell and Blair).

Corbyn’s people authorized me to meet with him, which I did for several hours in the café of the Electric Cinema in fashionable Notting Hill.

I was an obvious choice for the author and not just because I know Bower well enough. I have known Jeremy Corbyn for nearly 40 years and sat, literally, next to him on the House of Commons green benches for nearly 30.

At a rough estimate, I must have shared a thousand platforms with him. I know everything about him, good, bad and indifferent. I would not have met him without Corbyn’s permission. His people no doubt thought that in a hostile biography it’s better that somebody who loves you tries to shape the narrative or at least mitigate the damage.

I didn’t tell Bower the whole truth about Jeremy Corbyn, but everything I did tell him was the truth, so help me God.

Bower is an interesting man, the kind of Jewish intellectual to whom I’m drawn and have known many, particularly James Klugmann, the official historian of the British Communist Party and Cambridge intellectual peer of the likes of Philby, Burgess and MacLean – the famous British spies for the Soviet Union over half a century ago. As a young man Klugmann had quite an influence on me back in the 1970s.

I don’t know if Bower knew Klugmann but I do know that he knew a lot of communists, a lot about Marxism and those who believed in it. He is a man to whom ontology is important.

But by the end of the first of many coffees I could tell that with Corbyn, Bower was barking up the wrong tree. Or that he was being utterly disingenuous. His thesis, that Corbyn was not just a communist but had been recruited either in the Soviet bloc, in Cuba but most likely in Chile, into the service of the USSR was so patently absurd that I laughed out loud.

As I told him, to my knowledge Jeremy Corbyn had never read a book by Marx or Lenin in his life, is not a Leninist or even a Marxist at all and was not remotely sympathetic to the USSR. I knew that because I was. Corbyn, I said, was as English as a mug of builder’s tea and was a leftist of the Michael Foot variety (a bad choice of words because Bower probably buys the former absurdities about him being a KGB agent, even though he actually hated the Soviet Union).

On and on the author went about his suspicion that Corbyn was in fact a foreign agent (of a country which disappeared 30 years ago) and nothing I could say would nudge him from his train of thought.

I haven’t yet seen the book but from the extracts published on Sunday it seems Bower never found his Ponderosa on the Latin American trail, no pot of Moscow gold, no handlers, no invisible ink.

In fact Jeremy Corbyn could not be a more clear-cut example of the non-Marxist English leftist wearing his radicalism on his sleeve and never wavering from it. If the “Poverty of Philosophy” is a very English disease then Corbyn has a bad case of it. He is a poor philosopher.

Failing to find the KGB in the Corbyn story, the Mail on Sunday and Bower dished up little more than vulgar personal abuse dressed up in a Lenin cap. And it’s hard to do that over a dozen pages without it becoming a thin gruel indeed.

Now, as the old proverb goes “No man is a hero to his valet” to which I would add “nor his ex-wives, ex-aides, ex-friends.” All of the above parade through the extracts like an episode of the Jerry Springer Show complaining about Corbyn’s monomaniacal dedication to this “weird socialist” thing, his austere personal life – one of his ex-wives gets out the cold-beans story in which Corbyn’s idea of dinner is eating cold beans out of a tin – and not even Heinz beans but rather the cheaper supermarket brands!

She complains that he rarely took her to the theatre or restaurants and that on holiday he subjected her to the cruelty of camping! He is accused of failing to clean out the fridge as instructed by one of the ex-wives and filling his garage (he does not own a car) with “junk.”

One of his ex-aides is quoted as saying that Jeremy rang him while his wife was in labour about Labour campaigning matters (possibly the oddest accusation in the book and I speak as one who takes to Twitter to opine on all kinds of matters whilst my children are struggling to be born).

On and on it goes, Corbyn dresses shabbily, doesn’t spend money on fripperies, bicycles everywhere, has no time for the high-life, doesn’t drink alcohol, despises hedonism, has no interest in “white goods” or furniture, and doesn’t want his children to attend fee-paying schools.

And all of this entirely oblivious to the fact that ALL of these characteristics are amongst the very reasons WHY Corbyn won a landslide victory (twice) in the Labour leadership elections and then robbed Theresa May of her parliamentary majority at the last general election by raising the Labour vote by the greatest amount since the equally abstemious Clement Attlee in the election of 1945.

That Corbyn is NOT LIKE other politicians, that he is the anti-hero, that he means what he says and says what he means, that millions of young Britons who also resort to cold beans have flocked to his banner whilst he has built the largest left of centre party in the Western world. Mr Bower’s mighty 18-month labour might just have brought forth a healthy bouncing case of unintended consequences.

Because even the least discerning of the Mail on Sunday’s readers must have concluded at some point, through the dozen or so pages of hysteria, that the British ruling elite must be very worried indeed about Jeremy Corbyn. They must have thought the next General Election had already begun. And maybe it has…