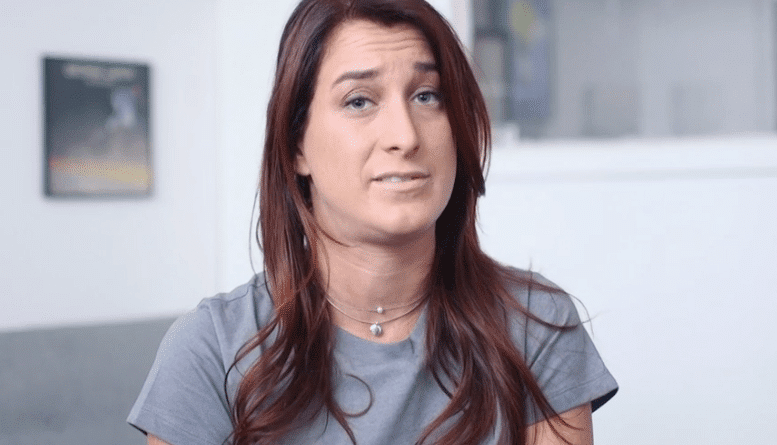 After the New York Times was slammed for obscuring comedian Joanna Hausmann’s family ties to the Guaido shadow regime, her coup-plotting father appeared online to defend her with a stream of insults.

When the New York Times approached me seeking permission to use video I recorded of the Washington DC “Hands Off Venezuela” protest on March 16, I hoped that somebody at the paper was seeking to atone for the Gray Lady’s demonstrably one-sided coverage of the US coup attempt against the internationally recognized Maduro government. Maybe, just maybe, the editors had had a rare bout of self-reflection and decided to produce something that gave voice to the many Americans who rejected the Trump administration’s brazen regime change operation against Venezuela.

But on April 1, I woke up to learn that my footage had been used to demonize the protesters as useful idiots by a YouTube comedian born to one of the family dynasties of Venezuela’s opposition.

The comedian in question was Joanna Hausmann, and her appearance in the supposed newspaper of record was far from funny. How could the paper justify selecting Hausmann as an authoritative voice on the situation in Venezuela when she was so closely connected to central players in the Trump administration’s coup attempt? The answer is that it couldn’t, so it simply neglected to mention her glaring conflict of interest.

I took a deep dive into Hausmann’s family history in a March 10th article for MintPress, highlighting the role Joanna’s father, Ricardo Hausmann, played in the neoliberalization of Venezuela’s economy throughout the 1980s and ’90s as an academic and eventual member of the repressive Carlos Andrés Pérez administration.

The piece was inspired by Joanna Hausmann’s Youtube harangue, “What’s Happening in Venezuela.” Despite promising “a video dedicated to ‘just the facts,’” Hausmann failed to mention that her father was serving as a top advisor to Venezuelan opposition leader Juan Guaidó while she argued in support of his self-declared “presidency.”

Ricardo Hausmann’s function within the coup government crystalized shortly following the release of Joanna’s Youtube explainer, when Guaidó selected the Harvard professor to represent his shadow regime at the Inter-American Development Bank. The Times took no issue with the fact Hausmann’s family stood to benefit from the same coup she was urging viewers to support, and like Joanna herself, neglected to disclose this ostensibly relevant information.

The Times appeared to have underestimated the intelligence of its viewers, and was subsequently bombarded with criticism for its decision to obscure Hausmann’s background.

One reader who described himself as “a Venezuelan, [who agrees] with everything [Hausmann] has to say,” complained in the comments section of the Hausmann video that the omission amounted to “an ethical error,” arguing “it should be noted that her father has a lot to gain politically and professionally should regime change happen.” The comment forced a response from the segment’s executive producer, Adam Ellick, who claimed that, while the Times was “aware of her father’s biography before publication,” it opted not to acknowledge it because “Ms. Hausmann is an independent adult woman who has built a popular following on her own.”

Ellick’s response failed to satisfy the commenter, who emphasized that “the issue here isn’t one of independence, it’s one of shared outcomes.” According to Ellick’s logic, it would be journalistically ethical to ignore Ivanka Trump’s relation to the President on the basis she is “an independent adult woman” with a fashion line of her own. Does the Times actually think we are stupid?

The backlash against Joanna’s NYT debut grew so intense, it eventually compelled her father to respond to the controversy. Following the video’s release, I tweeted criticism of the paper for its failure to disclose that “Hausmann is the daughter of Guaidó advisor Ricardo Hausmann,” linking to my article which explained that he “was instrumental in neoliberalizing and destroying Venezuela’s economy in the 90s and wants to do it again.”

The factual statement apparently outraged Professor Hausmann, who charged that my “tweet surely deserves at least an honorary mention among the year’s most sexist comments,” adding, “since Joanna is my daughter, she is not entitled to her own opinion. She must be speaking on behalf of some male figure that tells her what to say. Seriously?”

This tweet surely deserves at least an honorary mention among the year’s most sexist comments. Since @Joannahausmann is my daughter, she is not entitled to her own opinion. She must be speaking on behalf of some male figure that tells her what to say. Seriously? https://t.co/VbSuIOOkF9

Yes, seriously! Joanna does not appear to have her “own opinion” — she has precisely the same opinion as her father, who happens to be participating in the very coup for which she was advocating. Yet even if we accept the notion that Joanna formed opinions independent from her father’s influence, the Times still had an ethical obligation to disclose her family ties – especially considering that Professor Hausmann is not her only relative actively working to achieve regime change in Caracas. Joanna’s mother, Ana Julia Jatar, has worked for the US-funded Súmate organization, which in 2004 tried and failed to oust President Hugo Chávez via popular referendum. As I reported for MintPress, Jatar hails from a political family herself.

My mom is incredible https://t.co/7hjW1D2e4q

Jatar’s father, Braulio Jatar Dotti, was once described by an independent Chilean news site “as having been ‘in charge of eliminating the leftist groups’ in Venezuela” in the 1960s, as the government sought to violently repress the armed Revolutionary Left Movement. Jatar Dotti even published a manual called, “Disabling the Extreme Left” in 1963. With her grandfather’s history in mind, it’s no wonder that Joanna now spends her time attacking the US left for organizing to oppose war on Venezuela. Apparently, the family that attacks the left and fails to overthrow governments together stays together. While it is important to understand the full extent to which regime change and resentment of “the left” runs through Joanna Hausmann’s veins, her father’s participation in the current coup alone should have disqualified her to pose as a neutral voice on Venezuela. The Times’ decision to ignore her background is not only offensive to viewers, but may have also violated the paper’s own ethics code. According to that code, “staff members must be sensitive that perfectly proper political activity by their spouses, family or companions may nevertheless create conflicts of interest or the appearance of conflict.” The Hausmann scandal undeniably created such a scenario for the paper. Joanna has largely kept quiet amid the deluge of criticism, and is quick to block those who question her. (She blocked me on Twitter after I noted her father’s prominent role in the Guaidó shadow regime.) Why a grown woman professing her total independence needed her father to come to her defense should be a mystery, as RT Español reporter Helena Villar observed.

One Twitter user named Vanessa Salas, who describes herself as “a personal friend” of Joanna, recommended that I “get to know” the comedian before making “unfounded statements.” Salas insisted that her pal was “SMART, THOUGHTFUL, and FEARLESS.” Indeed, Joanna Hausmann was so fearless that she had to rely on her friends, family, and an army of trolls to deflect from her wanton journalistic malpractice. Joanna did eventually muster up one non-answer to critics. When a Twitter user named @unnaband asked why she neglected to mention that her “father was personally appointed by the very opposition leader” she promoted in her video, the Youtube comedian hit back: “I am proud of my dad.”

I am proud of my dad @ricardo_hausman

He is surely proud of her too. And among the Times editors who presided over her ethically dubious video rant, there appears to be no shame.