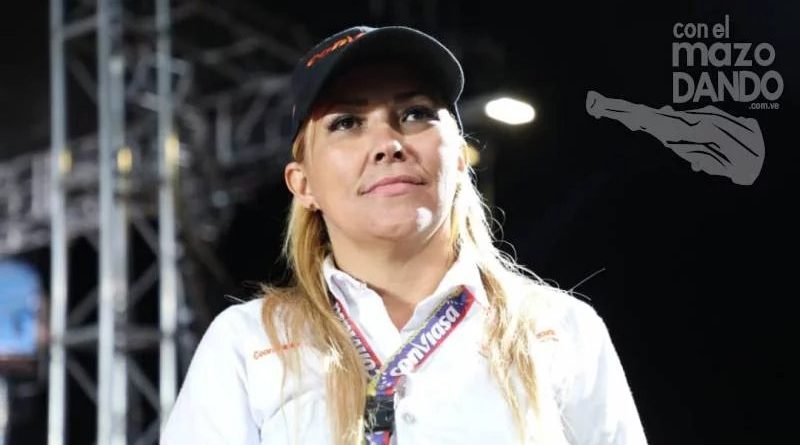 The first vice president of the United Socialist Party of Venezuela (Psuv), Diosdado Cabello, expressed his message of support and solidarity with the worker of Conviasa, Nubraska Padrón, who was harassed by politicians, media and social networks after leading a protest against the deputy of the National Assembly, Juan Guaidó, on his return to Venezuela last Tuesday.

“Nubraska Padrón waited for him at an airport (Maiquetía International) site, where she, as a Conviasa worker, has access. She approached him and told him what a traitor to the homeland he is,” Cabello recalled on Wednesday on his show “Con El Mazo Dando”, while praising the courage and dignity of this worker, whom he described as “example of a patriot woman”.

Cabello supported the workers of Conviasa, who last Tuesday staged a protest against the deputy. He pointed out that the Venezuelan government is obliged to protect its workers.

“The people of La Guaira and the workers of Conviasa went to the airport because they are tired, and they say to the sick rightwingers: ‘we are here. We can’t stand you any more.’ And he (Guaidó) will see how he goes out to the streets and meets the food workers, PDVSA, telecommunications, public workers. He will see how he deals with that.”

On his program, Cabello accused certain media outlets of initiating a persecution against Nubraska, which they have decided to compare with the popular leader Lina Ron, who died in 2011. “Feel proud that you have been compared to Lina Ron! A loyal, patriotic and independent woman. We never saw Lina bragging about having material things, what she had was for the people, and she gave it from the heart,” he added.

He criticized them for publishing, on social network accounts, her address and personal data. “Her neighbors know where she lives, they know she is a Chavista and does not give up.”

He showed his solidarity again with the workers of Conviasa. “What the Conviasa workers did, you have to do it everywhere,” he said. “If you mess with me, I mess with you. He messes with the workers. So, assume your responsibility! Workers should defend themselves.”