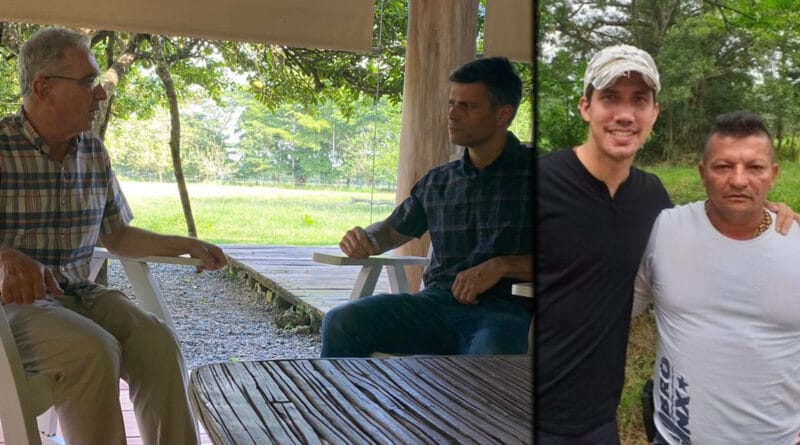 First Vice President of the United Socialist Party of Venezuela (PSUV), Diosdado Cabello, announced this Wednesday, June 2, that the fugitive from Venezuelan law, Leopoldo López, tried to negotiate for the release of eight Venezuelan soldiers kidnapped by Colombian paramilitary gangs during a confrontation in Apure state on April 23, so that they would be handed over to the opposition.

“These comrades (the eight soldiers) were rescued, and today they are with their family,” said Cabello during his television program Con el Mazo Dando. “How that has hurt the right wing, how it has burned them that those boys are at home, because what they (the right) expected was a massacre.”

“The criminal Leopoldo López was carrying out proceedings for their release,” commented Cabello. “To be delivered to them, thinking that our guys were going to accept that. Ha! They don’t know them.”

Regarding the rescue of the soldiers, Diosdado praised the operation’s success while emphasizing that anti-Chavista “opinion makers and experts on military issues were looking off to the sides because they didn’t know what had happened; they do not know what happened so their only option was to dismiss it.”

The rescue, let us remember, took place within the framework of the Bolivarian Shield operation Centennial Eagle, and it required complex negotiations that permitted the liberation of the soldiers without any bloodshed. After their release, the military officers received medical attention in Caracas.

Leopoldo López and his fellow partner, the former deputy Juan Guaidó, have a very well documented dossier regarding their connections to Colombian paramilitary groups.

Featured image: Leopoldo López meeting with Colombia’s ex-President Uribe, seen by many as the father of para-politics, meaning the mix of politics with paramilitary gangs. His employee, former deputy Guaidó, with the head the infamous paramilitary gang Los Rastrojos. Photo courtesy of The Grayzone.