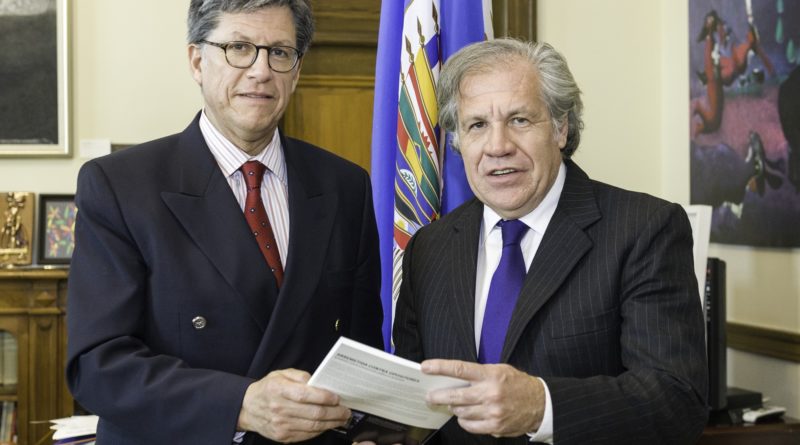 This Tuesday, some international media launched a smear campaign that allegedly there are not 11 deaths, but 30 thousand deaths from coronavirus in Venezuela, accusing the Venezuelan government of manipulating its reports.  The launching pad was the “Donor Show” set up by the European Union to continue its regime change operation against the Venezuelan government.

This smear campaign points at Jose Miguel Vivanco, director of Human Rights Watch (HRW) for the Americas, using some generic comments from Johns Hopkins University. According to Vivanco statements issued by La Tercera: “The most conservative statistics indicate that in a country with a population of 30 million like Venezuela, if 1% are infected, we are talking about 300 thousand infected and they say they have a thousand.”

We note that in his “statistics”, he speaks of cases and not of deaths in particular, so this ambiguity was taken by main stream media and were used for another fake news campaign spreading that there were 30,000 Covid-19 victims in Venezuela.

It should be noted that Vivanco’s statements insist on qualifying as “false and absurd” the figures of this pandemic in Venezuela, without presenting any evidence of his own. These shocking statements in the media, without support, seek to minimize the ravages of the virus in Brazil (391,222 cases and 24,512 deaths), Peru (129,751 infected and 3,788 dead), Chile (77,961 cases and 806 dead), Ecuador (37,355 positive and 3,203 dead ) and Colombia (23,003 cases and 776 deaths), to name a few. In fact, Brazil became the second country in the world with the most cases on the planet and it is necessary to say that many analysts doubt the numbers produced for Peru, Chile, Ecuador and Colombia.

RELATED CONTENT: Anti-Chavista Journalist Asks Anti-sChavismo: What are you Doing to Solve the Gasoline Problem?

Similarly, these news outlets and NGOs have made Venezuela’s efforts invisible, despite the blockades, coercive measures, attacks and even terrorist incursions, to serve not only its citizens within its borders, but all those more than 50 thousand nationals who have returned to the country fleeing from xenophobia, hunger, exclusion and the Covid-19 catastrophe in South America.  Venezuela has been recognized by the United Nations and WHO as a model to be followed.